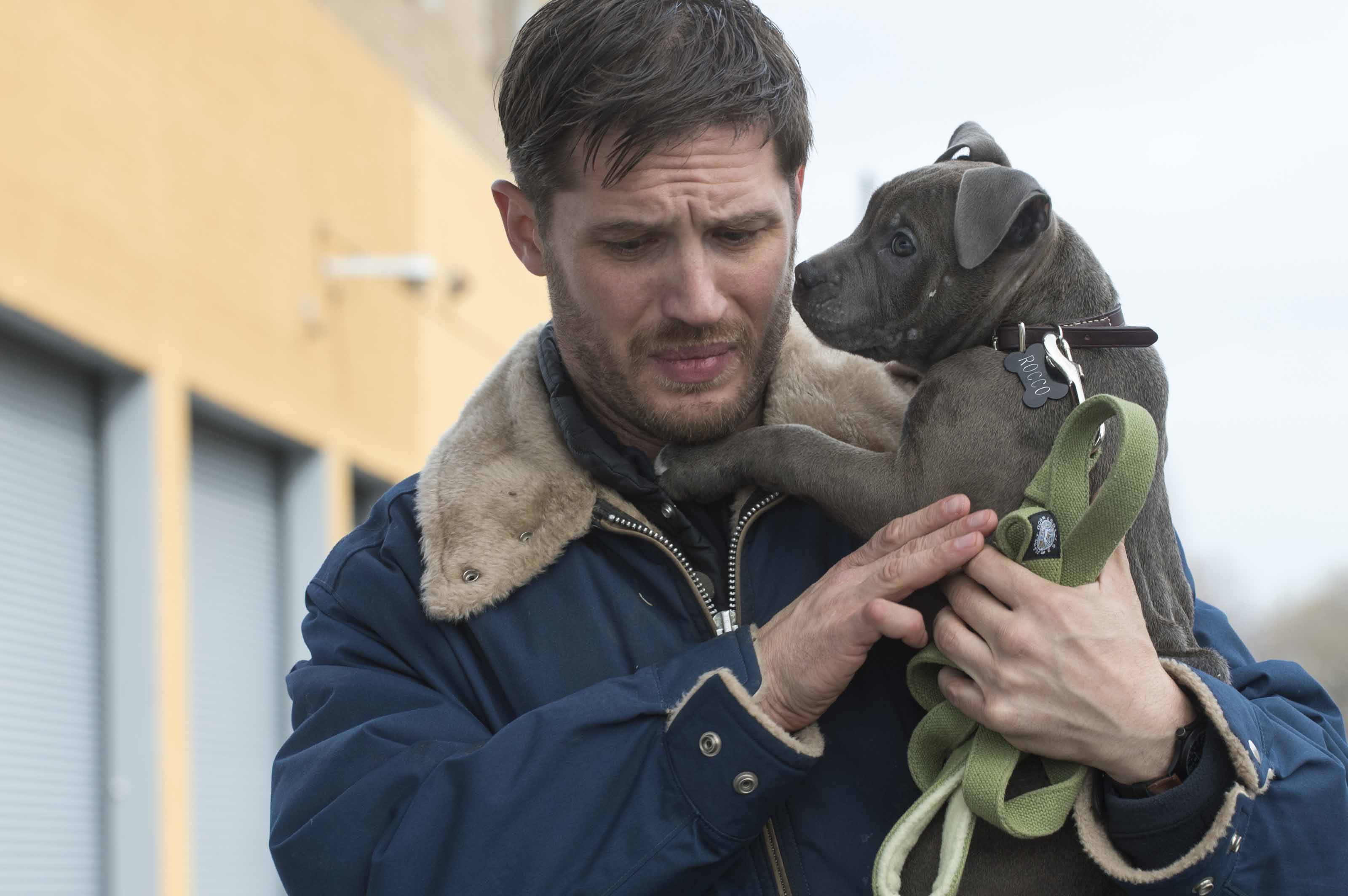 Or, the movie with Tom Hardy and the puppy. Belgian director Michaël R. Roskam follows his vigorous Oscar-nominated drama “Bullhead” with an elemental mystery Dennis Lehane (“Mystic River”) adapted from his short story “Animal Rescue.” Set in a contemporary Brooklyn still stained with the sins of the past as well as the sins of a new generation of crime overlords—glaring Chechens who can and will clean up the worst mess overnight—“The Drop” features Hardy as Bob Saginowski, a lonely, taciturn but eyes-wide-open bartender at Cousin Marv’s bar, the cousin being James Gandolfini. Gandolfini’s playing a man at the end of his tether: the bar was taken over by mobsters eight or nine or ten years ago, and he’s just a figurehead and the bar is more a money-laundering drop than the genial local it appears to be. Crime and grime and wads of world-weary, noirish dialogue are timeless in this mythologized patch of not-gentrified borough. The lines run to “You tell me when you tell me, or you don’t,” “That’s my bar, all right? Don’t fuck with my bar,” and “Marv? Are you doing something desperate—again?” For all his bulk, Gandolfini indicates something beyond resignation, and likely beyond redemption. Hardy also works with becalmed physical grace, his eyes flicking from calm to coiled in an instant, his compact form taut and crunched inward, his beautiful facial features still plush but stiffened. Bob’s world seems measured in the call of others for him to do something, his name incurred the way you’d call out to a devoted if beat-down dog. “Bob!” “Bob!” But each cur will have his cure: finding a battered and bloodied pit bull puppy in a trash can, Bob meets a neighbor, Nadia (Noomi Rapace), who could nurse both the dog and Bob back to health. That is, except for her ex-boyfriend and owner of the dog (Matthias Schoenaerts), a bright-eyed sociopath with a world of grudges and lies behind him. The combination of actors and archetypes simmers until near the very end. This is patient pulp. There’s a twist, and it’s simple, but it’s sturdy. Across the running time, Roskam has been moving the movie at a slow drift toward two sudden sharp shocks of action, then to an ending that has the texture of a dream, the hint of the slightest smile and the bloom of possibility and renewal. Everything has teetered toward the film’s last few shots, and the camera, the sound design and Bob are all liberated. With Noomi Rapace, Matthias Schoenaerts, Ann Dowd and John Ortiz. 107m. (Ray Pride)

“The Drop” is now playing.