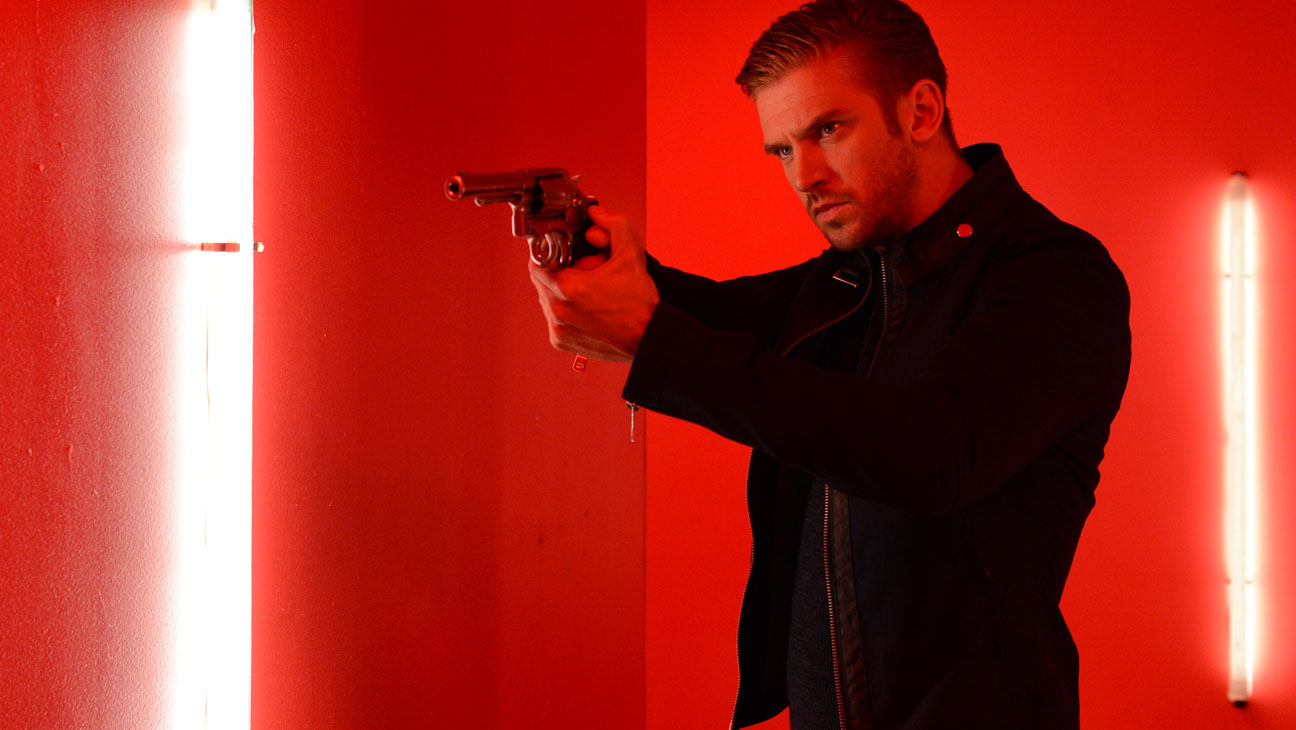 “What the fuck?” is not only a character’s key reaction within “The Guest,” but mine as well, even on a second viewing. “The Guest” is the most delirious of director Adam Wingard and screenwriter Simon Barrett’s eight collaborations, a wickedly smart thriller filled with sly, cool intelligence that elevates what could be mere homage to trashy, splashy forebears into something more concentrated. (They used to call them “good movies.”) “Downton Abbey”’s Dan Stevens plays a wicked revision of Captain America, a mean fighting machine, a gleaming model-looking blank, with elegantly oiled hair pushed back in a forelock, fierce azure eyes, a laconic killer grin, a more chiseled version of the psychopaths played by Ryan Gosling in Nicolas Winding Refn’s “Drive” and “Only God Forgives.” David arrives by foot in New Mexico at the home of the Peterson family, where he quickly ingratiates himself with tales of their fallen son, whom he had fought with before his death in combat. “The Guest” is a thriller, but first and foremost, it’s a thrill, like all of Cinemax, ever, died and went to heaven. As with Wingard’s recent “You’re Next,” the level of abrupt and sustained violence is grindhouse-worthy, but there’s more going on with the slow burn of “The Guest,” which incorporates dastardly doings by Post-9/11 Blackwater-like mercenaries. (The true social issue film is always a genre film with much on its cunning termite mind.) The 1970s-style synthesizer score, filled with rumble and portent, is lovely in its own right, one of the best wall-to-wall scores since “Drive,” and the song choices are rich: Love & Rockets’ “Haunted When The Minutes Drag” has never sounded lovelier. The sound design is rich as well and alert to quirk: David’s arrival is announced by the family’s front-door chime—Big Ben tolling—and a big yellow school bus creases the frame with a sound like the treads of a tank. The camera partakes of the gliding reframing in movies from John Carpenter’s 1970s Steadicam heyday, and while there is full-frontal homage to movies ranging from “Halloween” to “Carrie” to “The Stepfather,” “The Terminator” and “Taxi Driver,” the movie holds its own with gleeful élan. Two other echoes: David telling each family member what their fallen kin had told him: “He wanted me to tell you that he loved you,” parallels Conrad’s “Heart of Darkness” punchline and of course each shot of David imparting his machined poise to the mother, the father, the sister, the little brother, offers eddies of Pasolini’s “Teorema,” with Stevens acting as a latter-day Terence Stamp, who seduced house and home because it was his due. With Lance Reddick, Joel David Moore, Maika Monroe, Leland Orser, Brendan Meyer. 99m. (Ray Pride)