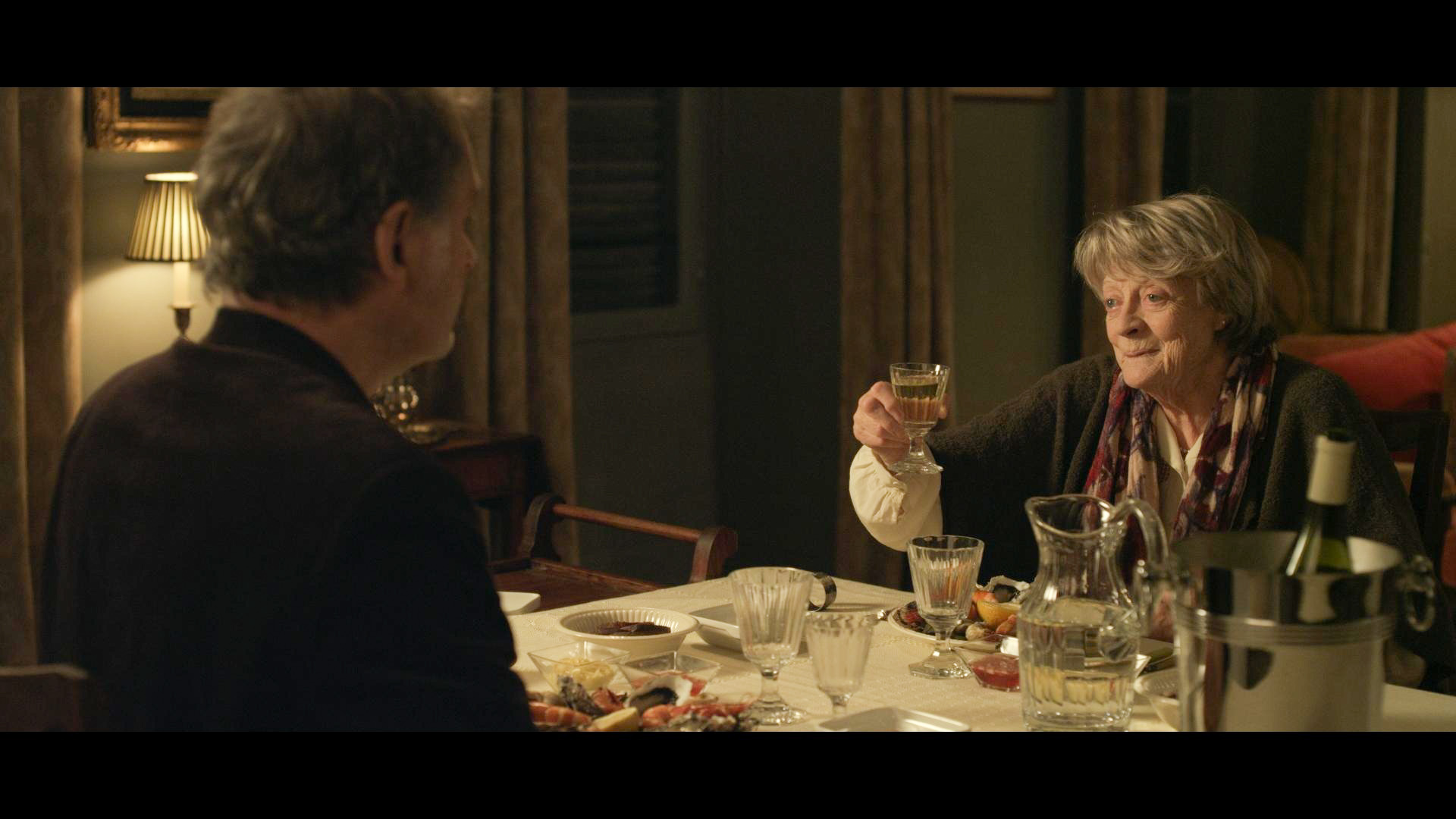 Playwright Israel Horovitz  (“Park Your Car In Harvard Yard”), a longtime collaborator with Al Pacino on stage and as a screenwriter (“Author, Author”), makes his feature directorial debut at the age of seventy-five with the perfectly dreadful “My Old Lady.” Seventy-nine-year-0ld Maggie Smith is the center of the so-stagey adaptation of a Horovitz stage play, holding on for dear life to a Maggie Smith-style role as a woman in her nineties who occupies a Parisian apartment recently inherited by broken-down New Yorker Kevin Kline. She won’t move! The antiquated French law’s on her side! Talk-talk-talk. Talk some more. Oh! Time for a monologue? Do go on. Lethargic pacing demonstrates the clockwork character of the adaptation. Despite a few neat bouts of speechifying, it’s largely inert, the kind of clunky bunkum that’s “theatrical” in the most hands-around-the-throat fashion. You won’t want to reach for negative superlatives, only the satisfying affirmation of the remote. With Kristin Scott Thomas, Dominique Pinon (“Delicatessen”), Noémie Lvovsky. 107m. (Ray Pride)