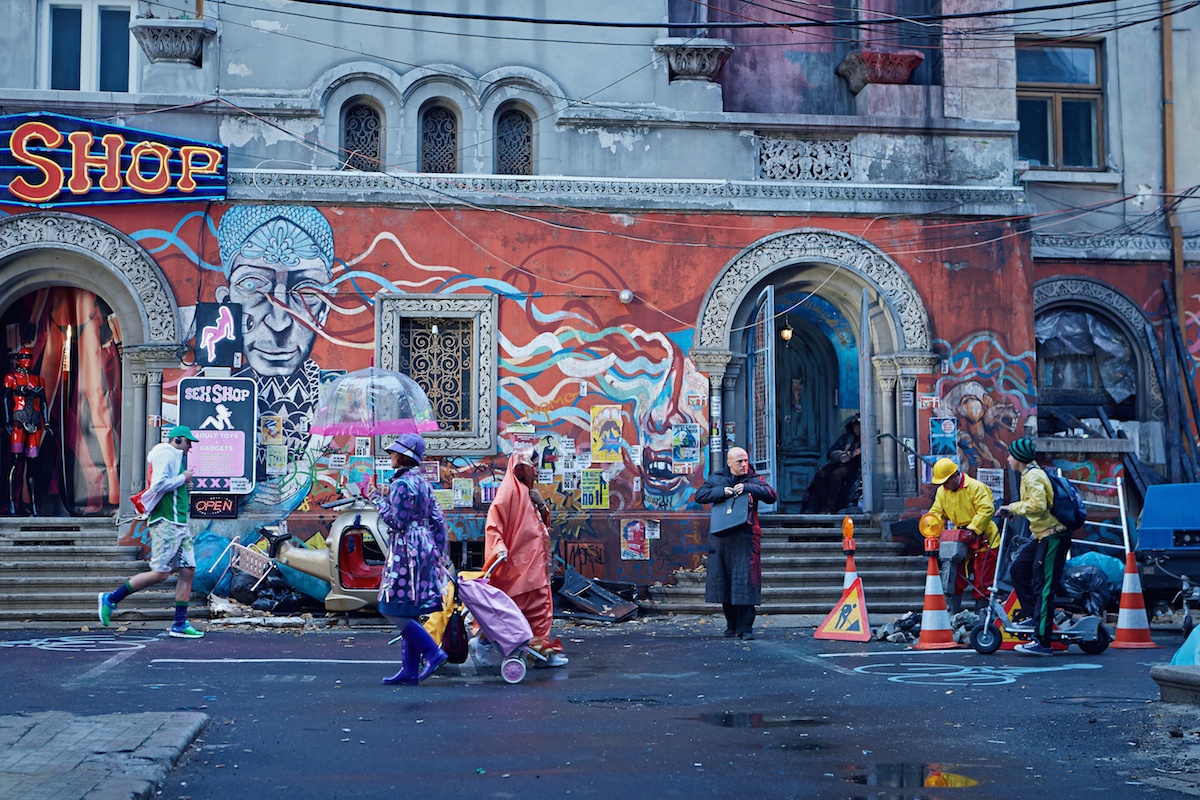 Shoestring Terry Gilliam is better than no Terry Gilliam at all, and in the sweetly mad master’s latest revision of dystopia takes on the pixel-kapow of corporate-designed image-drench and idea-blanch of the modern landscape of cities and man’s mind. Small-scale yet still baroque, the Bucharest-shot $13.8 million quickie, “The Zero Theorem” (written by Pat Rushin), still indulges Gilliam’s particular brand of dark whimsy and prickly paranoia. A chrome-domed, stressed and fretful Christoph Waltz plays Qohen Leth, a computer programmer who’s retired to a chapel in the midst of a bustling post-modern London metropolis, slaving day and night at a computer simulation he’s been employed to use to solve the “zero theorem.” He keeps at his drudgery while waiting for a mysterious phone call that seems may never come. The glimpses of the streets outside bustle like Piccadilly Circus merged with a midget version of Hong Kong Central, and branding and hectoring and overlapping voices battle of Qohen and the audience throughout. The screen is often littered with fragments of signboards and LED text zippers, and one of the chilliest is a credit to “Corporations Sans Frontières,” playing off the name of the medical charity “Medecins Sans Frontières.” The frippery and curlicues embellish the mundane gloom of Qohen’s cutout “existential” malaise. In his director’s statement, Gilliam wrote, “When I made ‘Brazil’ in 1984, I was trying to paint a picture of the world I thought we were living in then. ‘The Zero Theorem’ is a glimpse of the world I think we are living in now.” And it’s a buzzy, fuzzy-thinking world that doesn’t ADD up until the luminous ending, which slowly, surely melts the narrative into a virtual-world sunset epiphany. With Matt Damon, Mélanie Thierry, David Thewlis and, fleetingly, Tilda Swinton, Ben Whishaw. 107m. (Ray Pride)

“Zero Theorem” opens Friday, September 19 at the Music Box. A clip showcasing the busy street set is below.