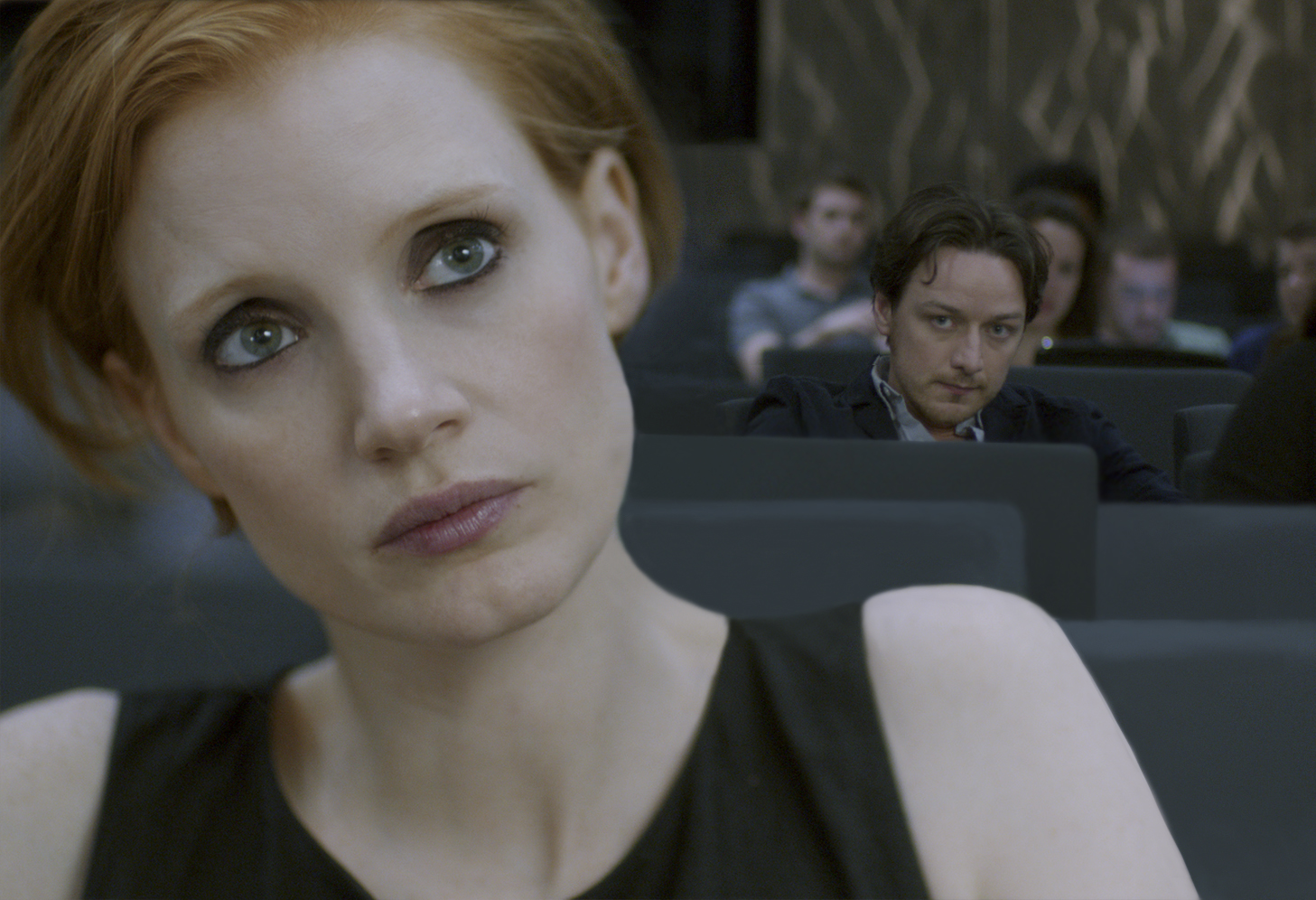 Of the news coming south out of the 2014 edition of the Toronto International Film Festival, there are three or four or a dozen films that sound like surprises and delights, as there should be from any festival its size.

But the season’s finest surprise for me is a film, or, rather, films, that debuted at Toronto 2013, a heavyweight directorial debut by writer Ned Benson that comprised two features with a combined running time of 201 minutes. The delicately astonishing “The Disappearance of Eleanor Rigby” relates two subtly but telling different sides of the aftermath of the sudden detonation of the lives of a married couple with a child, the first from the dreamily subdued perspective of a woman named Eleanor Rigby (Jessica Chastain), and subtitled “Her,” and the second from the more volatile perspective of her estranged husband, Conor (James McAvoy). When the narrative shifts to Conor’s perspective, scenes that were played between Chastain and McAvoy’s characters repeat, but with subtle variations in dialogue and dramatic emphasis. The separate events in their lives, when they are apart, are equally telling: the bruised hush of “Her” rises to confounded masculine disarray as we discover further eddies of grieving in the lives around “Her.” The essential elegance of this structure is how we, as viewers, have to reconstruct our memory of prior events, if only an hour, hour-and-a-half before, the way the characters, her and him, try to reconstruct tragic events of only a few months earlier.

In the months after “Eleanor”’s purchase by the Weinstein Company, a third version, which is being released theatrically this week, interlaced the twin narratives into a single feature, dubbed “Them,” which, as a separate incarnation, was granted a premiere slot at Cannes 2014. Despite that potentially bewildering provenance, the three separate features are themselves clear and present in each shining moment, with soulful serious performances (including Jess Weixler as Eleanor’s sister and William Hurt and Isabelle Huppert as her parents), intelligent, scrappy dialogue, and an intensely beautiful visual style. There are tender likenesses to the work of earlier filmmakers in the mood of “Eleanor,” among them the city-street-level puzzle narratives of Rivette, with much of “Eleanor” constructed on locations, as well as the tactile yet elusive temperament of Polish master Krzysztof Kieslowski.

These virtues are present in “The Disappearance of Eleanor Rigby (Them),” but I’m aswoon even from reconstructing my memories of the bittersweet, melancholy “Her” and “Him,” which reportedly will receive their own release in October. Watching the back-to-back portions was a wallop not unlike being hit by a wall of bricks.

It took ten years, but Benson has three, or four, how do we count how many features “Eleanor” comprises? And how much ambition does it constitute in an era when American independent film distribution has almost foundered in rough economic waters. “I mean, look, about ten years ago, when I started writing the first script, which was ‘Him,’” Benson tells me over the phone from New York, “I didn’t really have the ambition that I had once I got further into the project, I was just trying to make a movie, period. I finished school and was just trying to write to direct. And this was the second original script that I’d written, and it started with me just wanting to write a love story.”

Then Benson became friends with Jessica Chastain. “Jessica had read ‘Him’ and started asking me questions about this character, Eleanor Rigby, and who she was and where she’d go and, as an exercise, I just started putting that on paper and it developed into this whole other script. A relationship is based on two people. I mean, I’m speaking the obvious here, the relationship itself is based on the two separate perspectives of it. The culmination of that relationship is through those two, those subjective experiences combined. There is no right or wrong and there is no true or false, it’s just based on the cumulative experience of the two people. So that became this really exciting thing. And whether that was commercial or not, we weren’t sure. I think the concept itself was exciting to people, but terrifying, and I think if it had just been one film, one dramatic piece, I don’t know that it would’ve been as exciting for us, and for the people who wound up getting involved. But to me, it was just the best way to capture a relationship cinematically. And then, it took us friggin’ forever. After I wrote Him, I didn’t start on Her for a couple of years, and then I wrote Her. And then I went back and forth between each script to fill in the spaces, to find the nuances of those overlapping scenes and sequences. Cassandra Kulukundis, my producing partner, and Jessica, we tried to put it together. At that point, Jessica had gotten the Terrence Malick movie and had finished it, but it was nowhere near theaters. And we worked and worked and worked until it came together. And by work, I mean, we just were getting passes and passes and passes and passes [from financiers].”

The elemental objections are pretty easy to guess. “Yeah, it’s the exact thing that you would guess. Like, ‘This is impossible. How do you play it theatrically? Are people going to invest in seeing three movies?’ And you know, people did respond to the concept of it, but I think their fears were based in the economics. The thing that ultimately made it economically viable was the fact that it was different, the fact that you had this opportunity to make two-for-one, you know? You don’t want to sell it as a gimmick, but in a weird way, you sort of have to sell it as a gimmick. We wanted to make the two movies for the price of one and give the opportunity to the audience to experience this different ways. I could never have expected that we would accomplish that or get to the place that we are right now. It’s just, it’s kind of mind-blowing to me.”

“The Disappearance Of Eleanor Rigby (Them)” opens Friday, September 19 at Landmark Century and other locations. Release plans for “Her” and “Him” have not been confirmed.