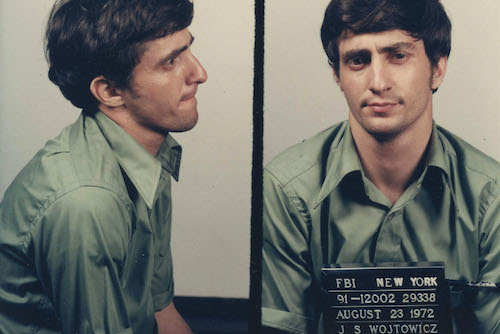 John Wojtowicz was the full-on character who inspired “Dog Day Afternoon” with his attempt to rob a Brooklyn bank in late summer 1972 to finance one of his lovers’ sex-reassignment surgery. Al Pacino went to town on that role, but it hardly captures the complications in the rich, even implausible life of Wojtowicz (“The Dog”) himself. Directors Frank Keraudren and Allison Berg had access to his life for a decade, and while the visuals are sometimes limited to Wojtowicz talking, talking and talking, the words are choice, the stories almost too true to be good. Al Pacino’s got nothing on this rampantly bisexual, hopelessly romantic, eager-to-please larger-than-life character, who proudly calls himself a “pervert.” Pioneer same-sex marriage activist? Classic New York City braggart? Mama’s boy? Early campaigner for gay liberation, seen in 1960s period footage? Vietnam veteran? The Dog, he’s all that and more. And there’s surprising tenderness amid the tendencies to teeming madness. 100m. (Ray Pride)