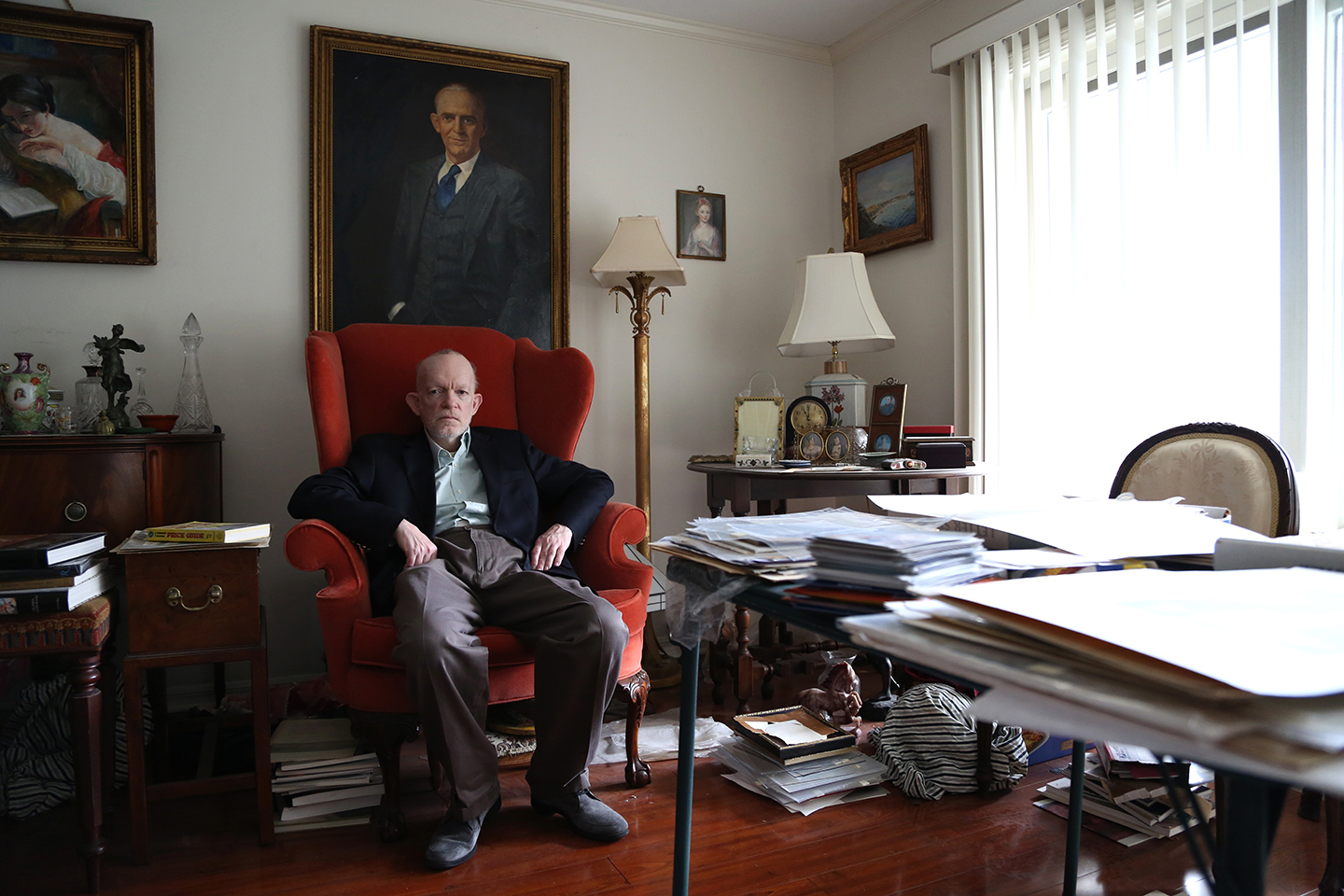 Talk about a film out of left field: I had no idea what I was in for stepping into Sam Cullman, Jennifer Grausman and co-director Mark Becker’s “Art and Craft,” but it turns out to be a mesmerizing account of Mark Landis, a talented, highly medicated, mentally troubled art forger who found a way to commit the perfect crime against dozens of American regional museums. One of history’s most prolific forgers for more than three decades, Landis would quickly, capably recreate work of lesser-known artists then offer it as a bequest to smaller institutions around the country, taking not a penny for his efforts. (Thus his claim that he never broke any laws.) Landis is the central figure, although an administrator who lost his job, if not his mind, over his battles with the creative con man features prominently. Landis is a lanky, quiet-spoken wisp of a man, skull firm against the taut skin of his face, and sly amusement suffuses almost his every pronouncement in a whispery, Truman Capote-like voice that is somehow clear as a bell. His turns of phrase include fine murmurs like, “I was committing acts of philanthropy in my mother’s car,” which the sixtysomething-seeming Landis says before we see shots of him driving erratically down the highway in a shiny red late-model Cadillac. His forgeries include multiple aliases, such as one with a clerical collar. But despite his deeply strange, darkly intelligent and definitively epicene countenance, he’s a witty, angry figure, striking at the heart of questions of artistry, authenticity and provenance in the close quarters of the modern art industry. Did I mention how funny “Art and Craft” is? Witty? Angry? Enthralling? I ought to. Editor-co-director Becker is not blowing smoke when he claims that the film “may have the trappings of an art caper, but ultimately it’s a detective inquiry into an individual’s perceptions of his own universe. When Landis confronts the legacy of his actions and realizes that his defining purpose in life could be stripped away, the film uncovers some provocative existential questions.” As first-person portraits go, the filmmakers and Landis collaborate on a mighty document. Fuck craft, “Art and Craft” is fine art, too. 89m. (Ray Pride)

“Art and Craft” opens Friday, October 10 at the Music Box. The trailer is below.