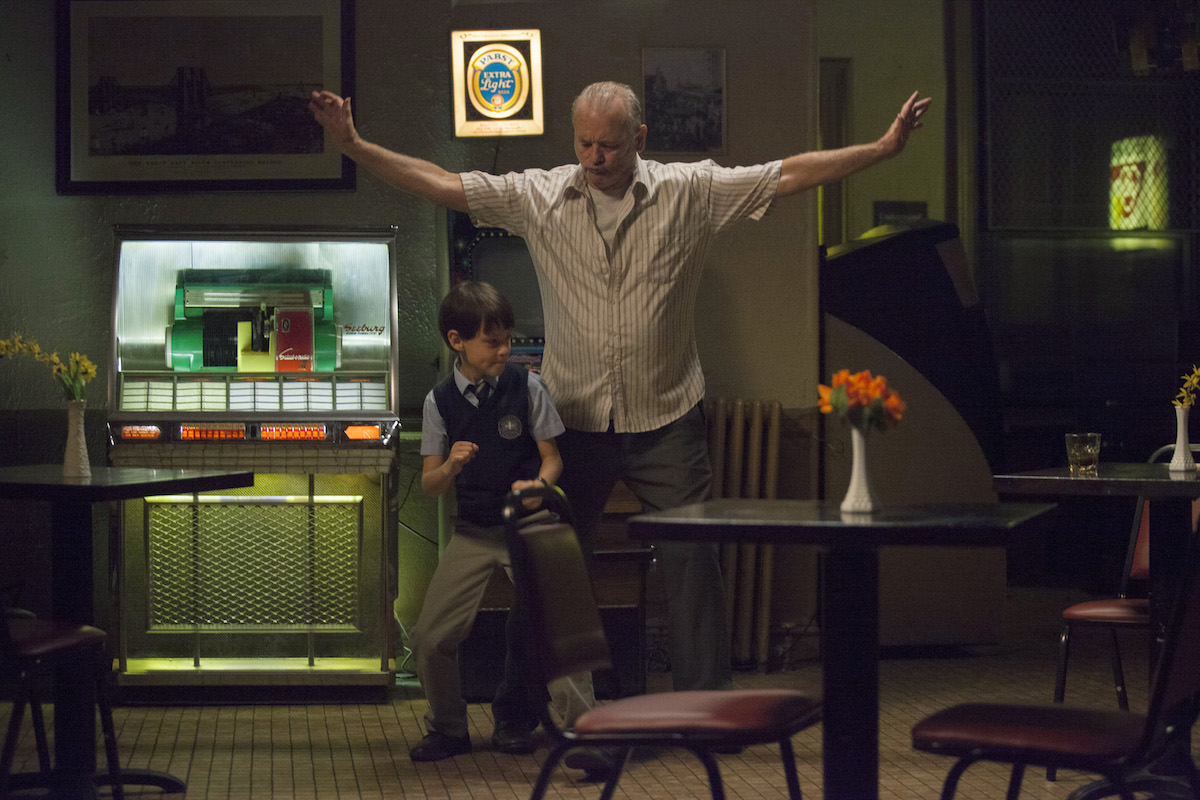 Shameless? Fuck yeah! Writer-director Theodore Melfi’s “St. Vincent” (a script born as “St. Vincent De Van Nuys”) stars Bill Murray as an elderly, whiskey-brined war veteran who keeps his cards close to his chest, seeming like the grumpiest of neighbors in the dumpiest of houses, but whose secret inner life will slowly be teased out only by the efforts of one clever young lad, Oliver (prehensile straight man Jaeden Lieberher), who moves in next door to him in Sheepshead Bay, Brooklyn, New York. Tooled within an inch of its precious life, Melfi’s cliché-dandling script pushes buttons in the most satisfying ways, wringing both laughs and unlikely tears from the meeting of man and child, of man and boy who will, of course, become a fantastic man after a series of adventures—racetrack, tavern—that pass for babysitting. But with a few lightly R-rated, filthy jokes in between. The sixty-four-year-old Murray works his magic as a figure who exemplifies dignity through douchebaggery—That’s Mister Misanthrope to you—but the great fortune of the script, and of viewers, is its function as a platform for Murray’s effortless grace as a performer, as the most maximal of minimalists. Melissa McCarthy plays the stressed-out single mom to Oliver, and as Vincent’s lady friend, Naomi Watts strikes sparks as a pole-dancing pregnant Russian “lady of the night.” While the sweeter and more bittersweet moments tempt sentimentality, the performances ground Melfi’s many conceits, even the extended payoff of the film’s title. The ending, with a nod to Bob Dylan, is performance art, and simply performance, a sloppy last kiss of WTF. With a precise and brilliant Chris O’Dowd, Donna Mitchell, Terrence Howard. 103m. (Ray Pride)