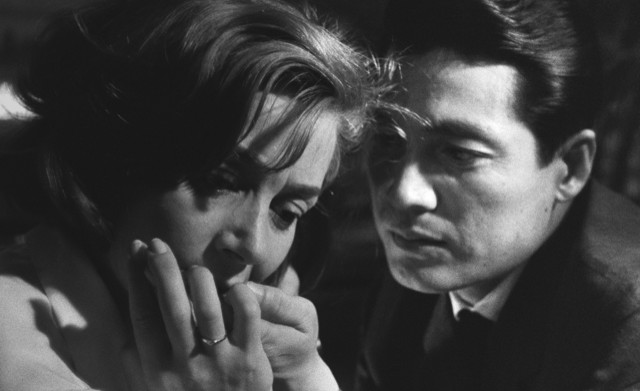 Long out of American theatrical release over rights issues, indispensable distributor Rialto Films presents an alluring 4K digital restoration of Alain Resnais’ hypnotic, visually ravishing, wholly essential first fiction feature, “Hiroshima Mon Amour” (1959), written by novelist Marguerite Duras. (Her screenplay was Oscar-nominated.) Time-fractured stream-of-consciousness is the order of the day in this masterpiece of the French New Wave, as well as musings on memory and the powerful hold of guilt. Emmanuelle Riva is a French actress working on an antiwar film in bustling, post-War Hiroshima, and her fears unfold in her confessions to the Japanese architect (Eiji Okada) with whom she has an affair. Generations of filmmakers have also drawn on the masterful use of ellipses and the ready tinkering with tenuous hold of time in the then-only-middle-aged medium. 92m. (Ray Pride)

“Hiroshima Mon Amour” opens Friday, October 31 at the Music Box. The restoration trailer is below.