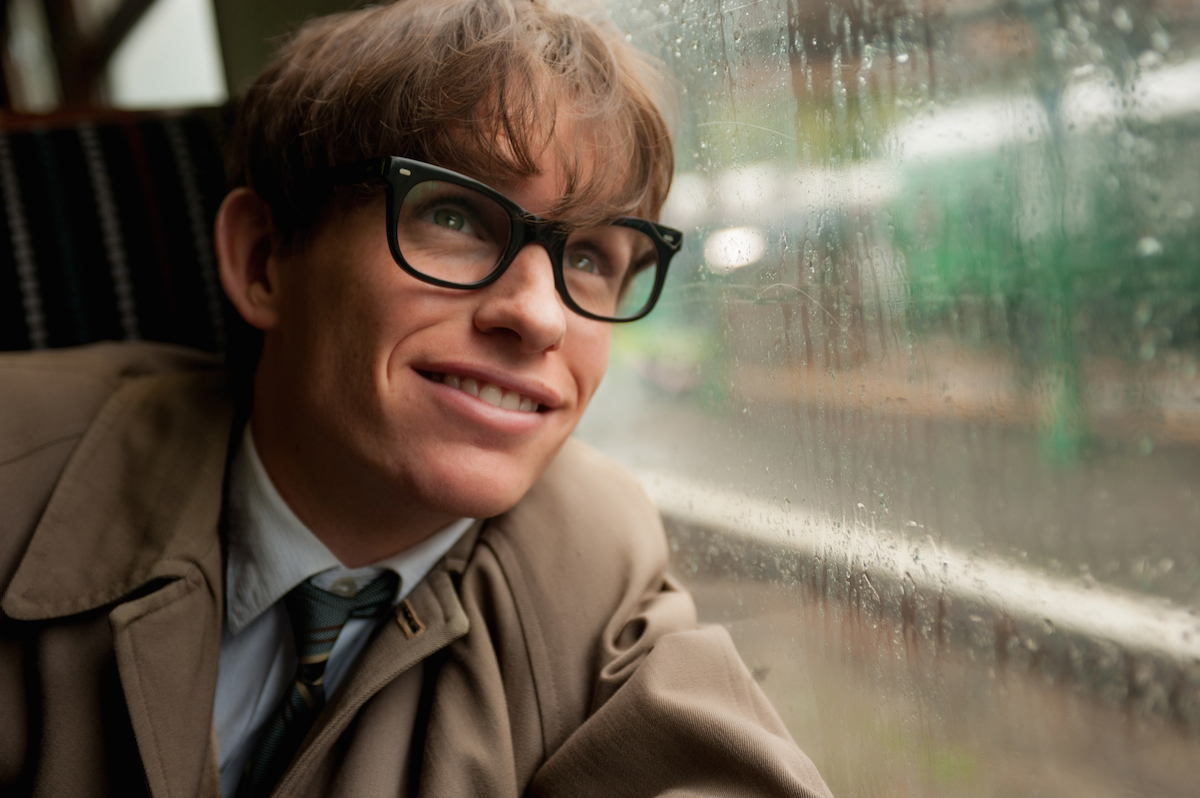 Eddie Redmayne twinkles and tickles the intellectual friskiness of Stephen Hawking in James Marsh’s lively, bright “The Theory Of Everything,” a brisk telling of the early years of the scientist, best-selling author and survivor of motor neuron disease related to ALS, as well as his all-important first marriage. (After a recent screening for him, Hawking waggishly said he found it “broadly true.”) Director James Marsh does well with another ginger trickster figure, as he did with Philippe Petit in “Man on Wire,” with Redmayne playing the most assured and most puckish moments we’d expect from a story about a scientist known for his mind but also for lifelong randiness. Redmayne has the best, fullest role he’s had since Tom Kalin’s “Savage Grace” (2007) and he manages to work his own charm and smile and even eyebrows into the slowly contracting figure of Hawking. James Marsh is a quietly fine director, in documentaries like “Man on Wire” and “Project Nim,” as well as other fiction features like “Shadow Dancer” and “Red Riding: 1980.” His knack for telling compositions and memorable images can’t be underestimated. And the script by playwright Anthony McCarten seldom stoops to sentimental stuff, despite its seeming pedigree as intelligently crafted, award-friendly British uplift. As his formidable wife, Jane, Felicity Jones is nearly as impressive as Redmayne is as Hawking. “Theory” is as much about the pact made by fierce young lovers against terrifying odds as it is about the quest for answers in the universe. “However bad life may seem, where there is life there is hope,” Hawking says in the film, and “Theory” holds both life and hope dear. The ending makes its own play with the notion of time and of narrative and of memory, and it’s lovely. There’s nothing theoretical about the smiles at the end (or the beginning) of “The Theory of Everything.” With Emily Watson, Simon McBurney, David Thewlis, Charlie Cox, Maxine Peake. 123m. (Ray Pride)

“The Theory of Everything” opens Friday, November 14.