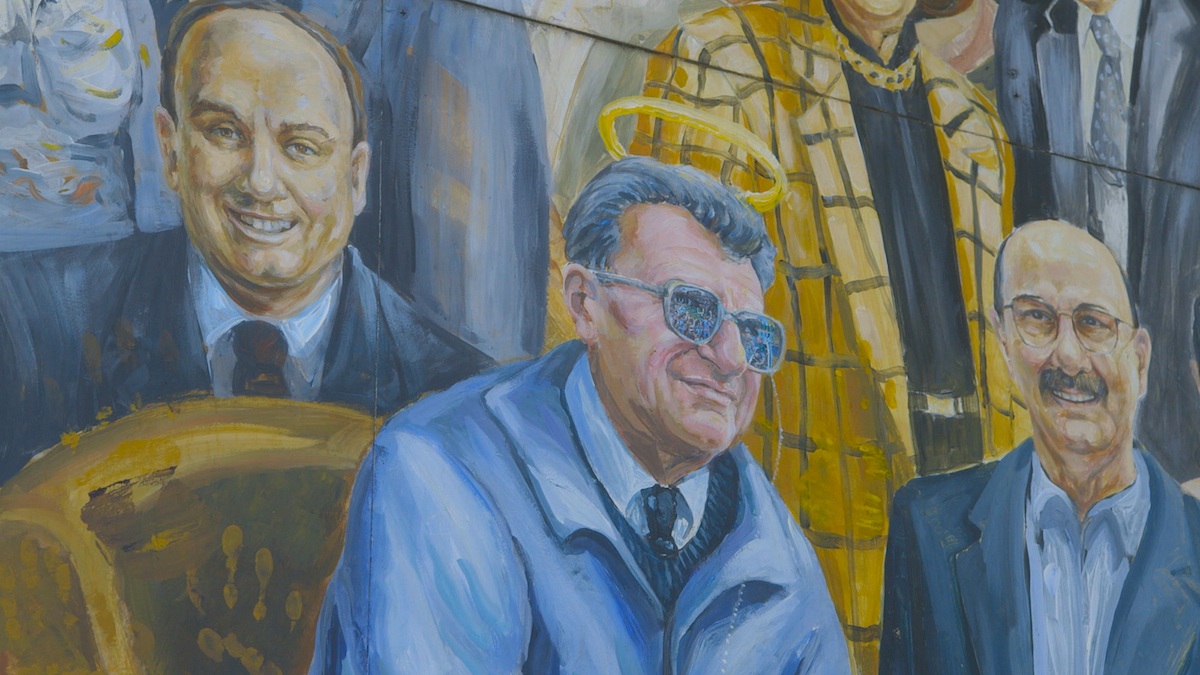 Gifted, attentive documentarian Amir Bar-Lev takes the Jerry Sandusky child-molesting case as a cautionary tale against sports practiced as religion. The small town of State College, Pennsylvania, known locally as “Happy Valley,” is home to Penn State and beloved football coach Joe Paterno, fired after forty-six seasons for his complicity in covering up Sandusky’s history of sexual predation since at least 1998. Bar-Lev’s portrayal of the aftermath is judicious, especially of the fevered disappointment of devout fans and their rejection of the facts unearthed in media coverage. The portrait is as much of the town and the larger culture of American sports as of the criminal and his accomplices.

The unwavering interviews include sit-downs with Paterno’s widow and with Sandusky’s adopted son, whose witness provides the film’s closest-to-unbearable moments. Why does our culture remain silent in the face of the evidence of the sexual crimes of powerful men? The current pile-ups of allegations against CBC’s most popular figure, Jian Ghomeshi, and Bill Cosby could provide the material for equally damning representations. 93m. (Ray Pride)