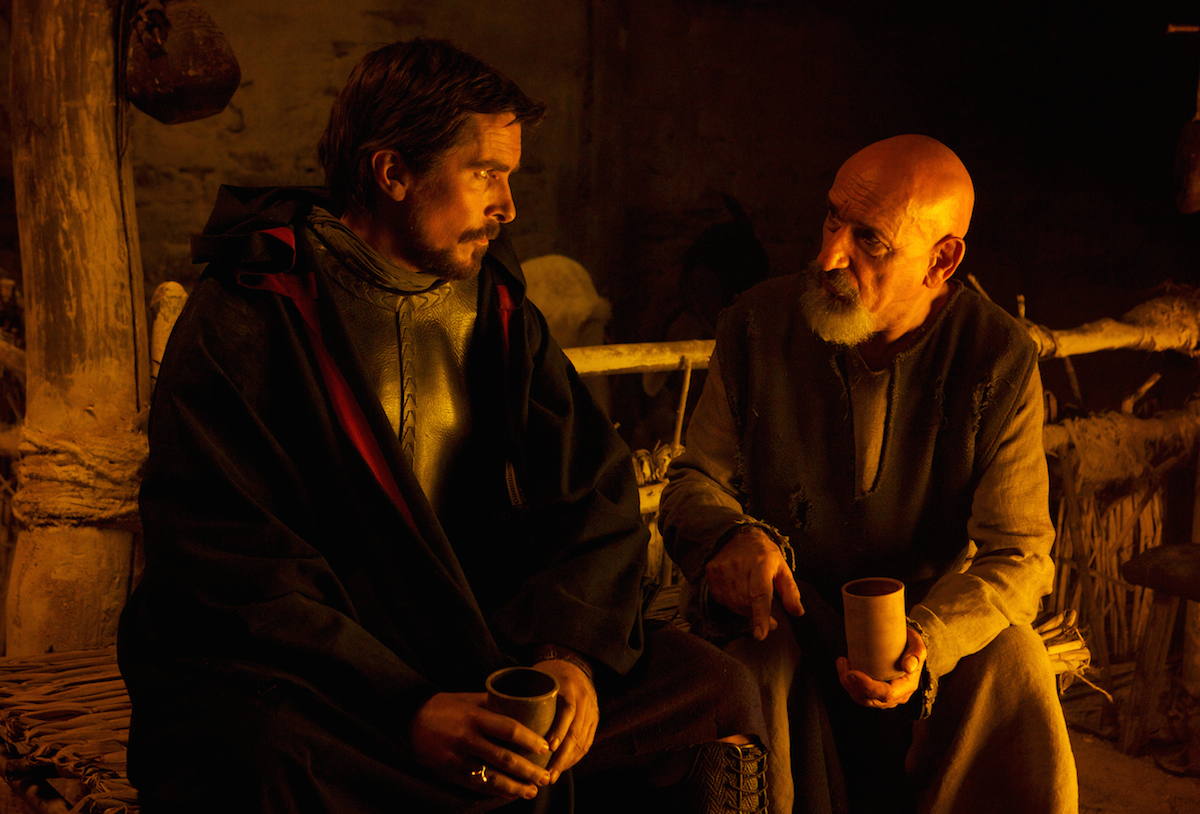 I haven’t seen every Ridley Scott film but I’m hoping there’s nothing worse in the back catalog than the ponderous and pointlessly titled “Exodus: Gods And Kings.” Seventy-seven-year-old Sir Ridley’s grandiose illustration of the Biblical telling of Moses leading the Jews out of the wilderness is a bewildering farrago of overscaled computer-generated animation and nutty dialogue. At the time of “Blade Runner” and later, Sir Ridley often displayed his sketches for his films, which were dubbed “Ridleygrams,” frames filled with detail penned in a single strobe-cum-stroke of ink. Throughout “Exodus,” I longed for a flipbook of Ridleygrams instead of the bludgeoning bosh on screen. Those would be lovely. Mountainside villages are illustrated as panoramas of Brueghelesque teem if not intricacy; twirls of animated birds are doodled across each blue or pallid sky like the signature of a Sunday painter. Sir Ridley lavishes much visual invention on the various plagues, resulting in a succession of supple torpor. A thousand soldiers and their steeds fall to the floor of the sea: hey that’s pretty.

The dialogue’s deadly as well.

There are a lot of lines in the film of mirthless accuracy, including “This doesn’t even make any sense,” which applies lavishly to an abrupt defense of slavery spoken in the non-King James vernacular of “From an economic standpoint alone, what you’re asking is problematic, to say the least.” Or, as Gerard Depardieu enunciated in Sir Ridley’s “1492: Conquest of Paradise,” playing Christopher Columbus, working the word “chaos” around in his mouth, “There will be cows.” “Exodus,” yes, is a cow, fatted, golden and godless. With Christian Bale, who at least can be understood barking his terrible dialogue, Sir Ben Kingsley wide-eyed behind a tuffet of graying beard-merkin, John Turturro brandishing his toes in simple sandals as the King of Egypt, Joel Edgerton as a nut-munching, hankie-snuffling, viper-milking Ramses, and a louche Ben Mendelsohn as a regional viceroy who seems ready to bat his kohl-rimmed eyes at any and all and lightly yet ferociously lick the scenery into submission, anywhere, anytime. Anywhere, anytime. After the screening, I texted a friend that a publicist was poised to ask my opinion of the film but stopped short when my facial expression surely suggested that I had just come down with an awful case of food poisoning. What did I see, she asked? Christian Bale IS Moses in “Exodus: Gods and Kings 3D,” I replied. “That sounds awful,” she replied. “It is,” I answered back. It is. 154m. Widescreen. (Ray Pride)