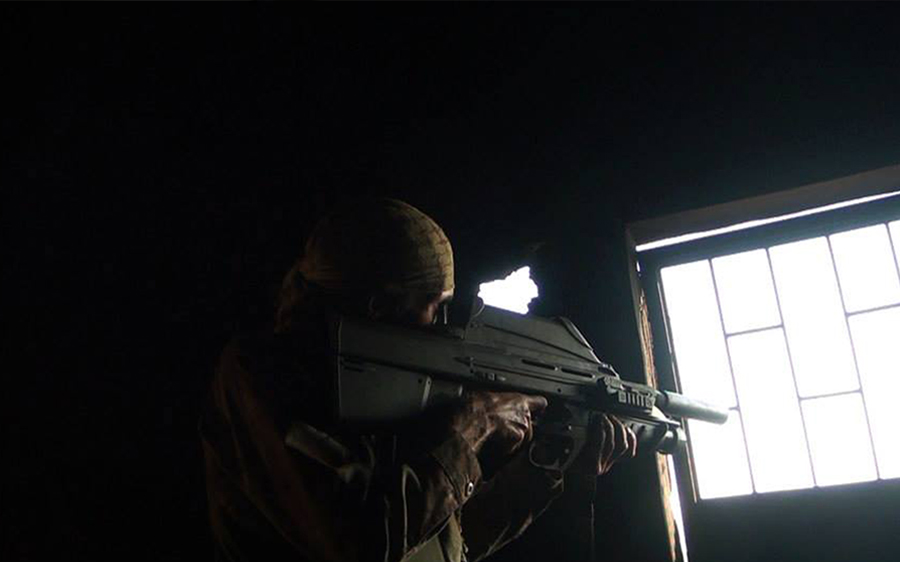 Marshall Curry’s strange and beguiling “Point And Shoot” is a worthy addition to the observant documentarian’s work (after the political tagalong of “Street Fight” and the ecopolitics of “If A Tree Falls”). Everyday Baltimorean Matthew VanDyke is his subject—compulsive, seemingly borderline OCD from the start: an ordinary American narcissist who winds up traveling from Maryland to Africa on a four-year, 35,000-mile motorcycle jaunt, joining the battle against Muhammar Khadafi in Libya in 2011. He points, he shoots. The analysis of the amateur videographer’s footage back on home turf grows increasingly complex, and Curry is merciless in his splendidly edited, stark take on VanDyke’s self-professed “crash course in manhood.” Where lies the bright line between zealotry, narcissism and deadly idealism? Curry teases, taunts, describes. The viewer must define. 83m. (Ray Pride)

“Point and Shoot” opens Friday December 12 at the Music Box.