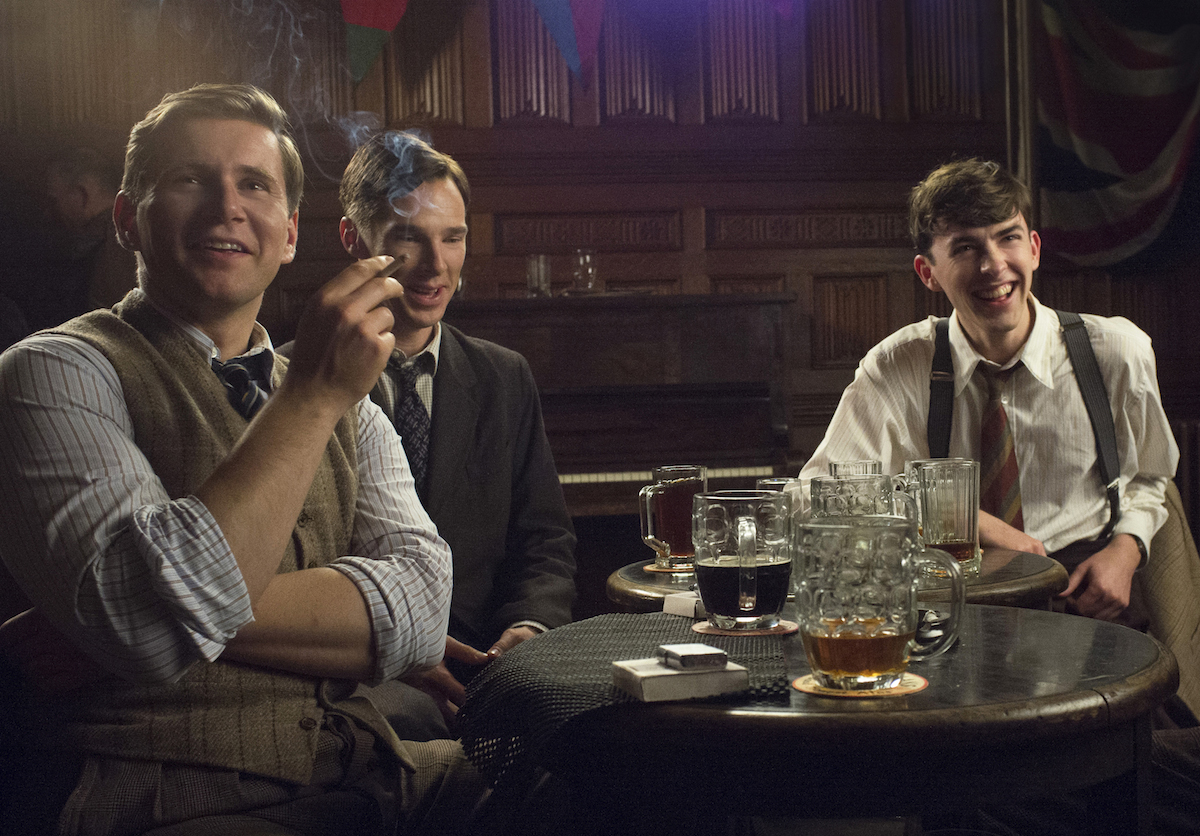 “The Imitation Game,” the sleek burnished mounting of the story of the life of cryptographic-computing genius (and covert homosexual) Alan Turing by Norwegian director Morten Tyldum (“Headhunters”) is graced by an alternately unflappable and perturbed performance by Benedict Cumberbatch. The script sparks and flares with passages of clever British speech of lovely theatrical obviousness, but is shy of the subtext and portent that would deepen the well-tooled and lovingly illustrated surfaces. The strands of Turing’s life don’t come together at the end: it’s all too true to be good, and not put through the refiner’s fire of drama: a cascade of end titles describing his fate and the context of British prosecution of gay men in the twentieth century and the birth of the modern computer fall and clatter into clumsy irresolution. With Keira Knightley as a sprite of steel, Matthew Goode as a profile-striking colleague and the great Mark Strong as an MI6 supervisor whose every intonation whispers to the heavens of an elemental greatness demonstrated nowhere else on the screen. 114m. (Ray Pride)