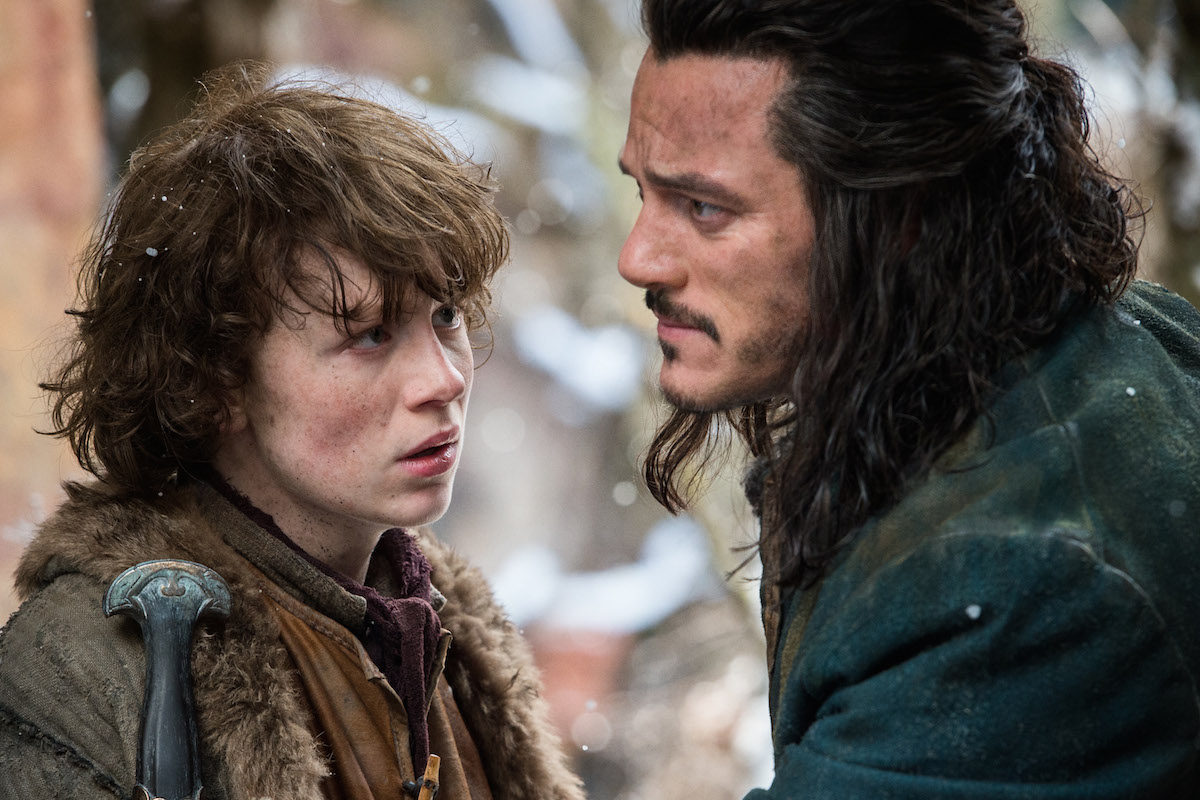 Admirers of “Lord of the Rings” left with lingering dissatisfaction from the most recent “Hobbit” movie, “The Desolation of Smaug,” should be pleased that director Peter Jackson wastes no time in the “Hobbit”’s final installment, transforming a meager amount of J. R. R. Tolkien’s source material into an impressive confrontation of gratifying saga-scale proportions. We’re thrown right back into the chaos where we were left hanging: Smaug awakened from his slumber, then descending from the mountain as Bilbo and his companions can do little more than watch as the dragon lays waste to Lake Town. The opening of “Battle of the Five Armies” is apocalyptic, engulfed in fire then darkness, all before the opening credits. When the smoke clears, split alliances of every race of Middle Earth clamor to stake claim to the now-vacated mountain. Thorin’s climatic return to the mountain goes sour as he succumbs to the greed of “dragon sickness” brought on by the golden horde. The nearly-forgotten Bilbo then wastes a significant amount of time attempting to mend alliances before the bigger evil descends upon them all. After complaints about the 3D rendering of the first “Hobbit” films, Jackson appears to have made the crucial technical adjustments to smooth things out, meaning “Five Armies” is a lot less headache-inducing than its predecessors. As someone who lacks the depth perception to see 3D, this was the first CGI-prominent film that I did not find distracting, despite the grandiose scale of the imagery. With the battle taking up a vast majority of the running time, Jackson delivers on massive-scale mayhem while still finding room for stand-alone fight sequences. While there are flaws, its scale suits the dedication and ambition it took to bring Tolkien’s Middle Earth to virtual reality. As a standalone film, it’s the best in the “Hobbit” series. 144m. Widescreen. (Julie Gavlak)

“The Hobbit: Battle of the Five Armies” opens Wednesday, December 17 in 3D and other formats.