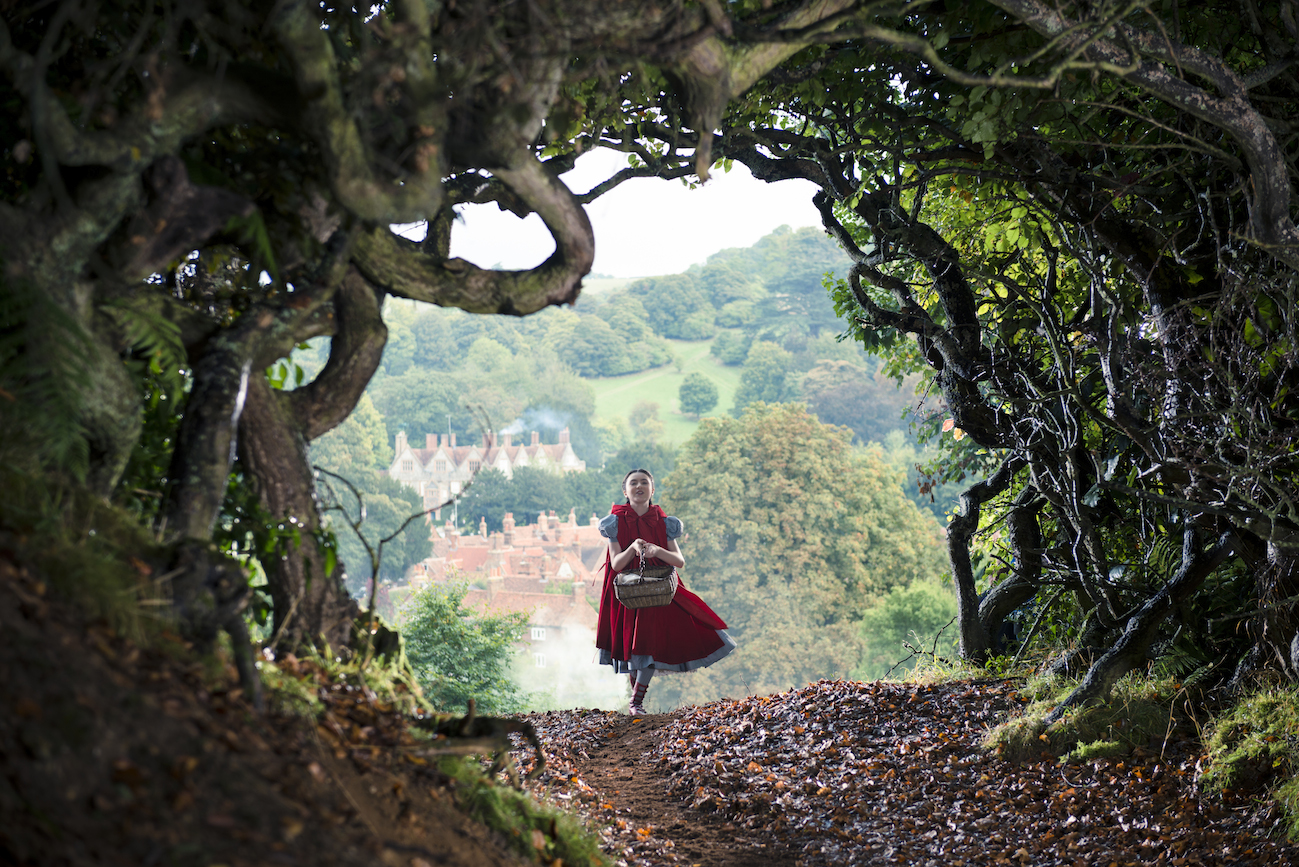 Dark, wounded, spiteful, rich with retribution, rife with injustice and glorying in sudden death: doesn’t a pluperfect adaptation of a Stephen Sondheim musical sound like a brooding triumph we’ve yet to have in movie form? As directed by Rob Marshall (“Pirates of the Caribbean: On Stranger Tides,” “Chicago”) Sondheim and James Lapine’s twenty-seven-year-old “Into the Woods,” is not that bleak gem, although the preservation of all kinds of Grimm stuff under both the Disney moniker and the PG-13 rating impresses. As does the casting: Anna Kendrick (Cinderella), Chris Pine (The Prince), Meryl Streep (whose Witch seems more aggravated than angry), James Corden (announcing “present!” as the Baker), Emily Blunt (the Baker’s wife, mobile face enlivening her every scene), Johnny Depp (a louche Wolf who drips child-molesting decadence), MacKenzie Mauzy (Rapunzel), Tracey Ullman and young Lilla Crawford, all brass and lungs as Little Red Riding Hood. The blend of the Jack and The Beanstalk, Cinderella, Rapunzel and Little Red Riding Hood fairy tales under the canopy of a single sky and one dark wood, softened and restructured from the musical’s Broadway incantation, seems less inspired onscreen than frantic, especially with Marshall’s wandering camera, more uninspired than stirringly mobile. It’ll be intriguing to see if the audiences that embraced “Maleficent” and “Frozen” find as much to savor in this disjointed, often panic-paced effort. 124m. Widescreen. (Ray Pride)

“Into the Woods” opens Christmas Day.