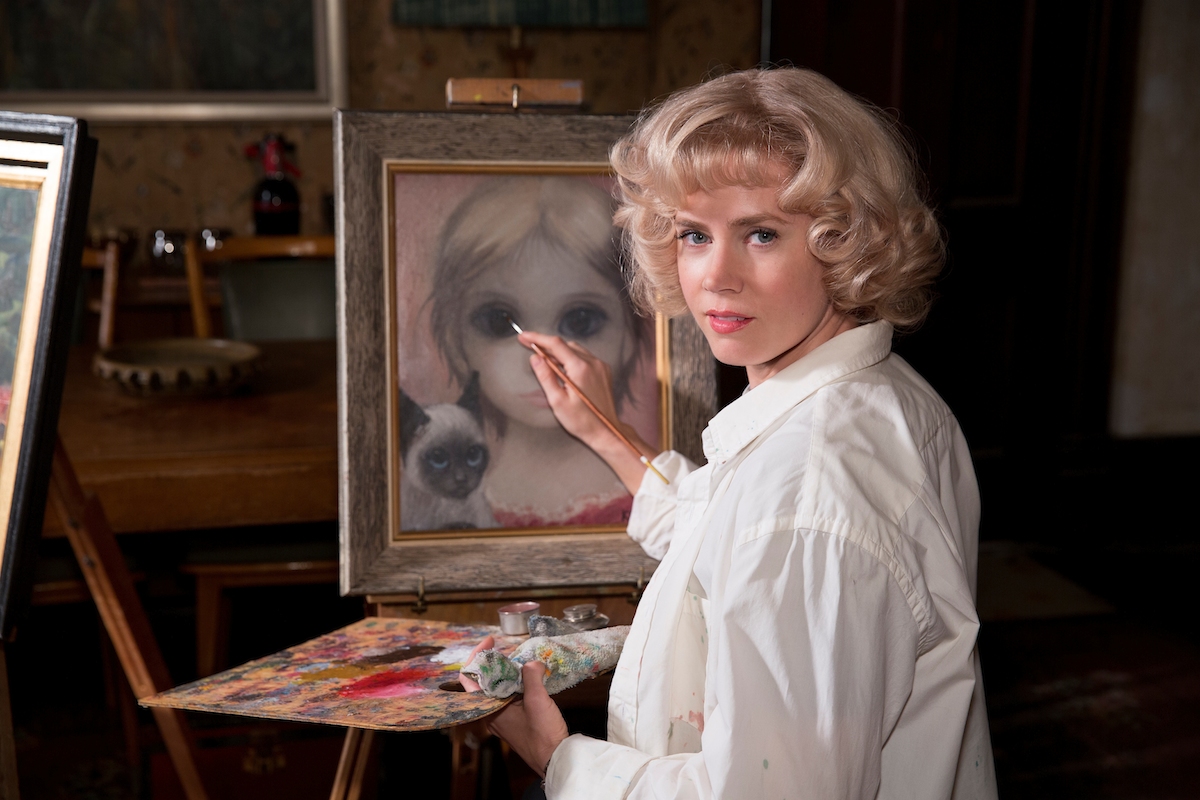 In the seriously entertaining “Big Eyes,” working on a modest scale akin to “Ed Wood,” Tim Burton descends from the billion-dollar-grossing heights of “Alice in Wonderland” to a biography of an artist whose work was embraced for all the wrong reasons and a fraud carried out against her passionate, personal imagery. The subjects of the screenplay by Scott Alexander and Larry Karaszewski (“Ed Wood,” “Man On the Moon,” “The People Vs. Larry Flynt”) are Walter Keane, whose “big eye” paintings of children, especially young girls, became a pop sensation in the 1950s and sixties. Keane (Christoph Waltz, shit-eating grin pasted to his face) was celebrated (and derided) for his work, which, as we know from the beginning, was the work of his wife Margaret (Amy Adams, who plays strength and neediness in complex balance). Karaszewski recently said of his work with Alexander, “We like loudmouths who have an agenda, who are constantly selling something.” And boy does Walter/Waltz. Most resounding of the layers that unfold as Walter’s epic fraud burns to the ground is the notion of a superior artist’s work being hidden under the brush of someone else’s signature, echoing Burton’s early years as an unappreciated animator on the Disney assembly line. With Krysten Ritter, Danny Huston, whose bristly presence grounds the role of a gossipy reporter; Jason Schwartzman as an amusingly supercilious gallerist and, all too briefly, Terence Stamp as the New York Times art critic of the era whose cold contempt counters Walter’s Eveready-bunny compulsion to promote and lie. 106m. (Ray Pride)