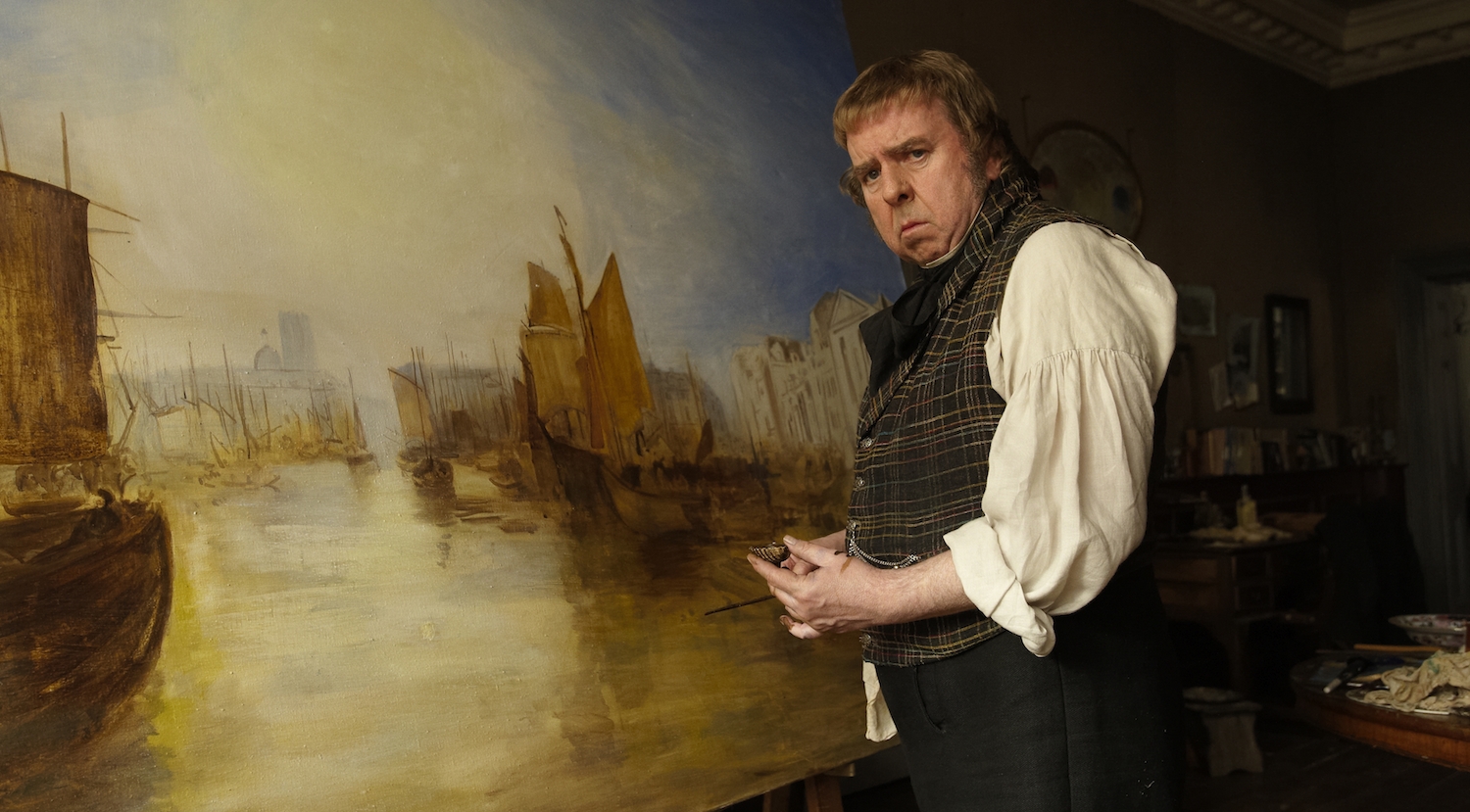 At the age of seventy-one, the great British writer-director Mike Leigh brings a longtime dream to supple fruition: a robust yet understated, unalloyed two-and-half-hour celebration of the boldly imagined, bracingly colored, late work of the great painter J.M.W. Turner, as well as his curmudgeonly disposition, captured by Timothy Spall in classic dudgeon. “Mr. Turner” etches the last years in Turner’s life as a peripatetic succession of confrontations with nature and society, with the suggestion of compositions wedged in between. Spall’s Turner has little patience for the world that surrounds him, but Leigh has all the patience in the world for Turner’s spiteful and sometimes malefic behavior toward those around him, from lovers and mistresses to illegitimate daughters and pesky art critics. (Turner’s prickliness, as embraced by Spall, is amusingly akin to Leigh’s own impatience with critical sorts and interviewers, which I will attest to personally.) The art or the bad man? Leigh chooses both with melancholy and highly calibrated discernment. Dick Pope’s digital cinematography, akin to the canvases themselves, is luminous, magisterial and expressive of all that Turner’s rebuffs and grunts do not bother to express. Even viewers who know nothing of Turner’s splendid canvases should be ravished by the pictorial wealth of tableaux that Leigh and Pope situate the painter within. (The visualization of the likely apocryphal scenario of Turner having himself lashed to a mast of a ship at sea in tempestuous weather is more lyricism than bombast.) With Paul Jesson, Dorothy Atkinson, Marion Bailey, Ruth Sheen, Lesley Manville, Niall Buggy. 150m. Widescreen. (Ray Pride)