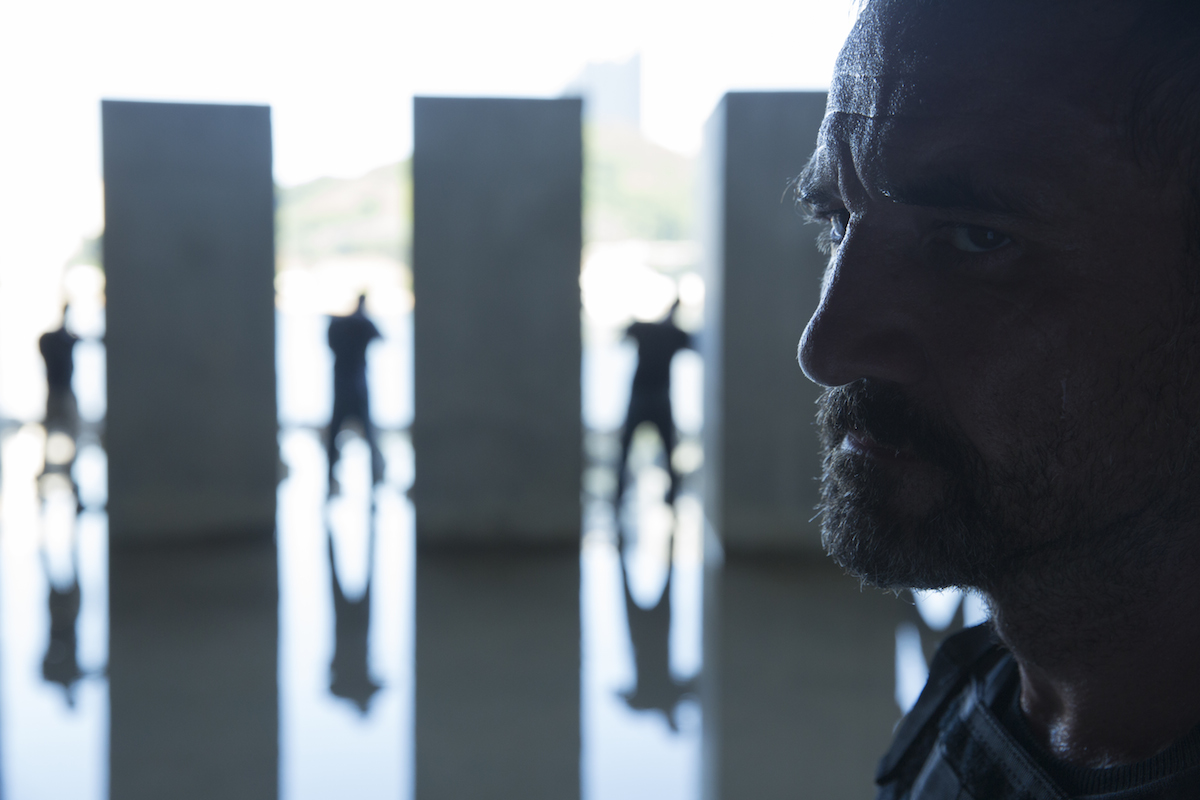 Michael Mann’s “Blackhat” is not Ridley Scott’s “The Counselor,” but it’s in the same mulish, rarified league.

While the 2015 Oscar announcements led to much journalistic handwringing, online and off, with a dearth of nominations for women and people of color—overlooking the systemic issue of the dearth of mainstream movies being financed and produced for women and people of color—there’s not as much clamor about the handful of white male filmmakers who are presently productive into their eighth decade.

Michael Mann turns seventy-two in February, Sir Ridley Scott is seventy-seven, and while we’re at it, Jean-Luc Godard is eighty-four. “Blackhat,” “The Counselor” and “Farewell to Language” are all discernibly, definitively, obstinately, obdurately, the work of old men. Artists of a certain age, to be sure, but also personal, auteurist, in the most classic fashion. Late films by Alfred Hitchcock have been a subject for such discussion for decades, and Entertainment Weekly’s Mark Harris tweeted that “Blackhat” may well be Mann’s “Marnie,” that is, a movie that at first glance seems hermetic, compacted, a concatenation of images, fixations and stylistic devices.

Several days distance from a single viewing, a plethora of plot goes by the wayside, and the lot of Mannliness onscreen is what sticks in mind. This is Late Period filmmaking, for certain. Only Mann’s fingerprints will unlock meaning. In the swirl of imagery, the plot is only a propellant for perfumed abstraction, and it will be the loveliest of looks to some eyes, this is likely not the kind of thriller most audiences expect. Malware infects Chinese nuclear plans and United States futures markets. Apocalypses could be in the offing, mostly in photogenic Asia. Imprisoned hacker Nick Hathaway (Chris Hemsworth), a blond bulk of a man who keeps a bevy of books by Baudrillard, Foucault, Lyotard and Derrida in his cell, is matched in his physicality against the impermanence and ephemerality of data. Against the wishes of his FBI handler, played with humorous distrust by Viola Davis, Hathaway joins forces with a Chinese agent (Wang Leehom) and his sister (Tang Wai, “Lust and Caution”), with whom Hathaway shares several Mannish romantic interludes, as much perfumed motion of skin and muslin as desultory heat and desire.

While he’s as much the taciturn everyhero as Brad Pitt’s character in “World War Z,” Mann doesn’t let even that factor stem the aleatory spiral of physical abstraction. He loves the look of night in contemporary digital representation, offering a smeary beauty that may disappoint those who remember the 35mm-originated precision of color and light in movies like “Manhunter,” “Thief” and “Heat.”

Action setpieces begin with the wired intensity of the shootouts in “Heat,” but quickly dissolve into sensation: reflections against water, shadows against pavement at night along deserted stretches of highway in Hong Kong, heroes and villains passing behind pillars and glass and all manner of foreground occlusion, a lyrical mannerism more suggestive of the flow of meaning and physical disassociation and dissolution than any macro-effect digital representations of the path information might take along a circuit board blown up to the size of city blocks. There’s an aerial shot of Hong Kong by night, which follows a briefer one, that goes on for what seems like minutes, taking in a black-to-burnt-red-and-orange sunset and the striving endless bristle of skyscrapers and festive points of light that are ships and ferries in the bay in a way that seems like this digitally shot movie has itself become intoxicated on the sensation of pure information. The plot continues, to an absurdly convoluted level so bald, byzantine and unlikely that it matches the dry rationale of unfair taxation in late “Star Wars” movies, but Mann’s not really paying attention to that.

Like many directors before him, Mann appears to labor to represent data, the internet of ones and zeroes that now motor our machines and sustain our economy. But Mann contrasts that effort-filled trippiness against Hathaway’s conflicts in real life: he can sit in front of a monitor and decipher the movements of crime and capital, but in “Blackhat,” detonations and collisions and fisticuffs always come to the fore, as do screwdrivers sharpened into shanks and other rudimentary weaponry.

“Blackhat” begs for the loudest of sound systems or the best of headphones, with the mix of dialogue shifting not only from shot to shot but line to line, with music from multiple composers and baroquely explosive sound effects mingling in an impressive bath of musique concrète unmatched by any contemporary director outside of, well, Jean-Luc Godard. (This is true, but is it real?) And when the world of men against men takes precedence over data on screens, physicality bursts from the speakers, as in the sound of a rude kitchen knife’s hilt shoving into a man’s chest fast and repeatedly. Physical indignities contrast with the soft, silent attack of data: the plot is mere ruse for Mann’s investment in a sensory dialectic that brims with bloody lament for a world that can be touched, punched, tasted, smelt, embraced, released, fucked and rained upon. It’s a postmodern condition, but one aware of what is being let go of. Even the film’s ending, where characters appear to dissolve into the white static of unobserved surveillance, mourns for the real.