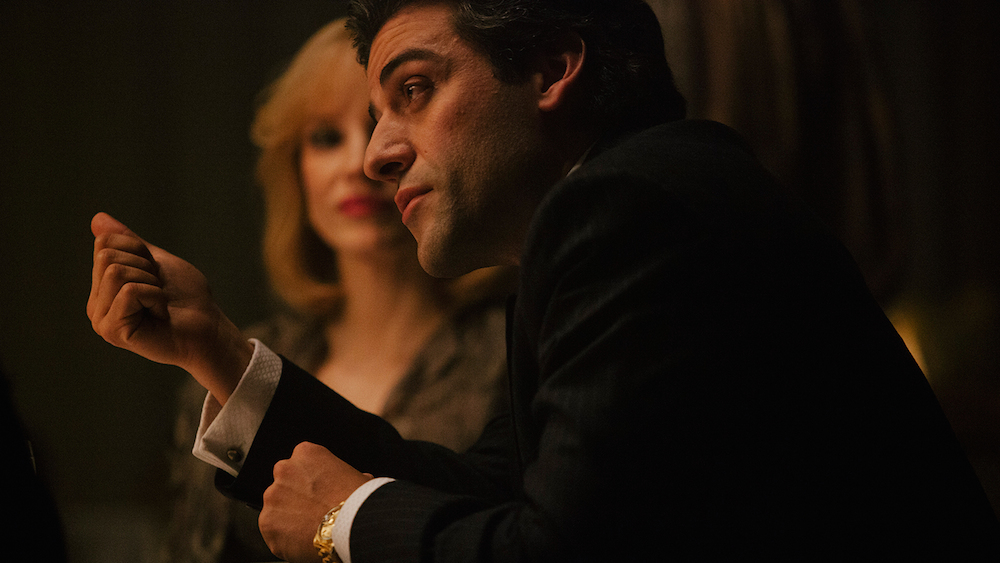 “I have never taken anything from anyone,” is one moral assertion American immigrant Abel Morales (Oscar Isaac) makes in the face of three days of snowballing misfortune in J. C. Chandor’s agreeably hellish, pleasingly pulpy, often-beautiful third feature, “A Most Violent Year.” Abel married into mobster money, gaining a small heating-oil company from the father of his wife (Jessica Chastain). It’s winter 1981 in Brooklyn and Manhattan, ostensibly the most crime-ridden year in the history of the five boroughs. But taking or being taken is quickly Abel’s fate. Coming after his dissimilar “Margin Call” and “All Is Lost,” Chandor shows ambition and enterprise, in each film showing the kind of taut, proficient storytelling American movies could use more of. Chandor tips his hand toward the magnificent Manhattan melodramas of Sidney Lumet, and cinematographer Bradford Young (“Pariah,” “Ain’t Them Bodies Saints,” “Selma”) to “Prince of Darkness” Gordon Willis, but their accomplished collaboration isn’t derivative. Dense and darkly brooding, simmering, even, “A Most Violent Year” is rich with its own full measure of dramatic reward. And Isaac? He is to be watched. With Albert Brooks, terrific as always, as Abel’s put-upon lawyer. 125m. Widescreen. (Ray Pride)

“A Most Violent Year” is now playing at River East, Landmark Century and Evanston Century. A teaser trailer is below.