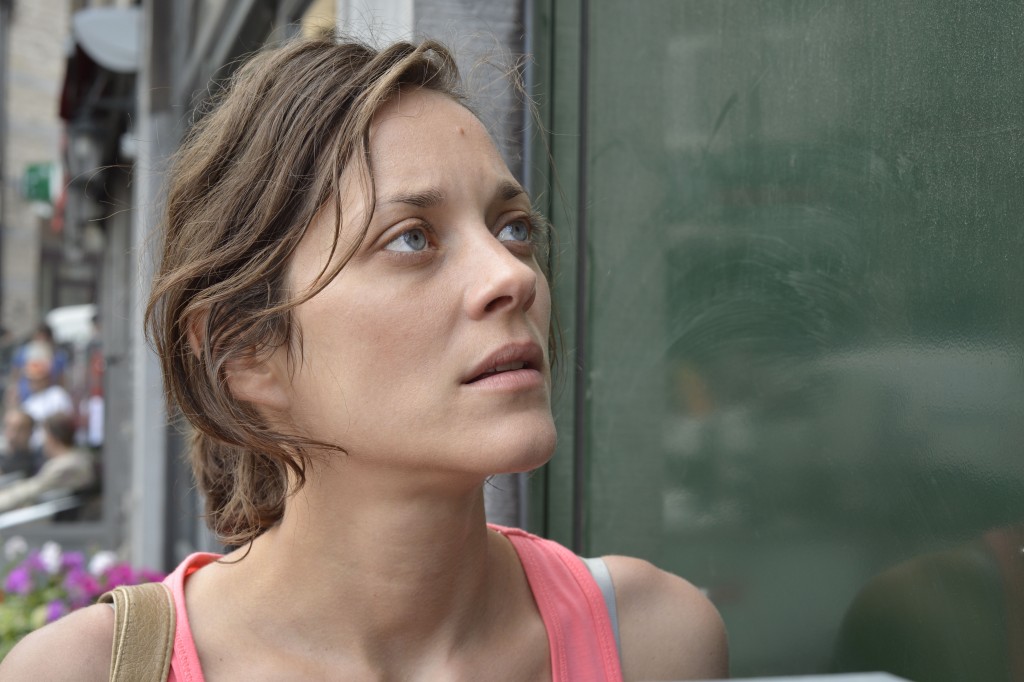 For their first collaboration with a well-known actor, Belgium’s Dardenne brothers have exceptional fortune with the harried but haunting features of international star Marion Cotillard in “Two Days, One Night.” Tremulous, troubled, visibly still recovering from a breakdown, Sandra finds her employers at a solar panel factory have told the other workers they can make do with one less employee, and if she’s let go, they each get a bonus that they can all use. Capital aligns worker against worker and a depressed woman must seek the sufferance of her colleagues if she is to keep her job. It’s quiet violence, pitting worker against worker. Over the course of the weekend, before a Monday meeting she manages to prompt, Sandra has to approach each of her equals to make the case she needs the job more than they need the extra euros. Community or the individual? The dramatization of the conflict is pungent, but Cotillard’s Oscar-nominated performance (of a different register than her equally accomplished work in 2014’s “The Immigrant”) is the shining center of “Two Days.” Jean-Pierre Dardenne has said, “What was important for us was to show someone excluded because she is considered weak, because she doesn’t perform well enough. The film praises this ‘non-performing’ character who finds strength and courage through the fight she conducts with her husband.” Quietly, surely bruising, “Two Days, One Night” is a story from behind the headlines and beneath the figures on the financials of businesses worldwide. 95m. (Ray Pride)

“Two Days, One Night” is now playing at the Music Box.