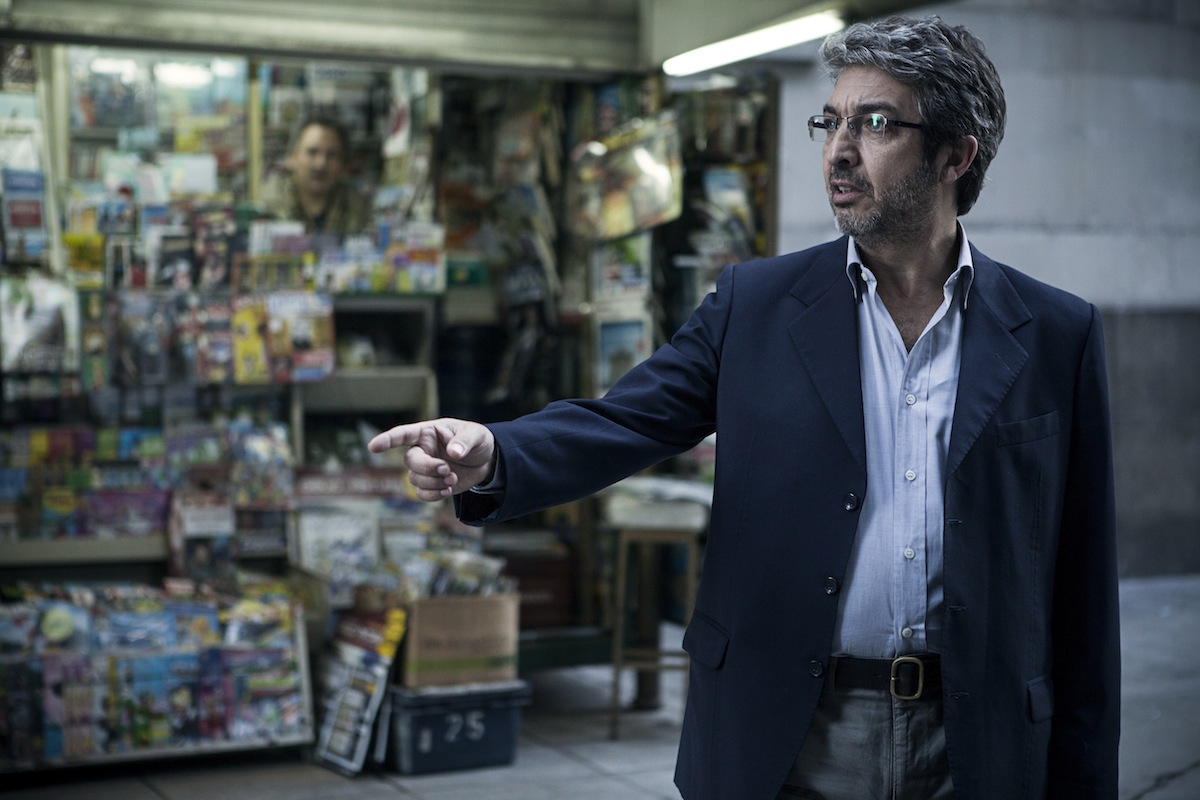 Flamboyant yet controlled, paced yet shocking, and all about the feeling of letting go in pure, unbridled revenge, Damián Szifron’s six-story omnibus has the fancy and fury of a fine Almodóvar picture. “Wild Tales” (Relatos salvajes) is a pitch-black comedy, with a pre-credits sequence that raucously sets the tone for the gloriously preposterous complications to come. (It’s a contender for the best foreign language Oscar, and if the Academy doesn’t love “Ida”…) It would be foul to give away the rocket blast of those opening five minutes, but let’s say its premise mingles Buñuel, Almodóvar, contemporary Argentine comedy and the contours of a dream where figures of your past assemble but, undreamlike, the dreamer takes control, arriving at the source of all of his problems with wondrously shocking finality. The stories aren’t linked except by Argentine locales high and low, captured crisply and colorfully. A blast expert faces Buenos Aires’ traffic enforcement bureaucracy with increasing fury; road rage entangles a rich man with a new car and a working-class man with a battered truck; a pampered son’s drunk-driving accident motors a complicated conspiracy. And a wedding. Of course we must arrive at a wedding, where every fucking hostility and every bit of hostile fucking comes to the fore. The thirty-nine-year-old Szifron has made several features, but his work in creating television series that have been transposed to other languages and countries may be the most important experience for “Wild Tales.” Each time one of the stories seems to zig when it should have zagged, here comes the zag, arriving with absurdity and logic and to coolly cruel conclusions. Audience reaction at its Sundance premiere in January was unusually gratifying, with a large, presumably sophisticated audience gasping at points that were so black and applauding at the end of at least three of the segments. So funny, so good. The large cast includes many of Argentina’s finest contemporary actors, including Ricardo Darin and Érica Rivas. 122m. (Ray Pride)