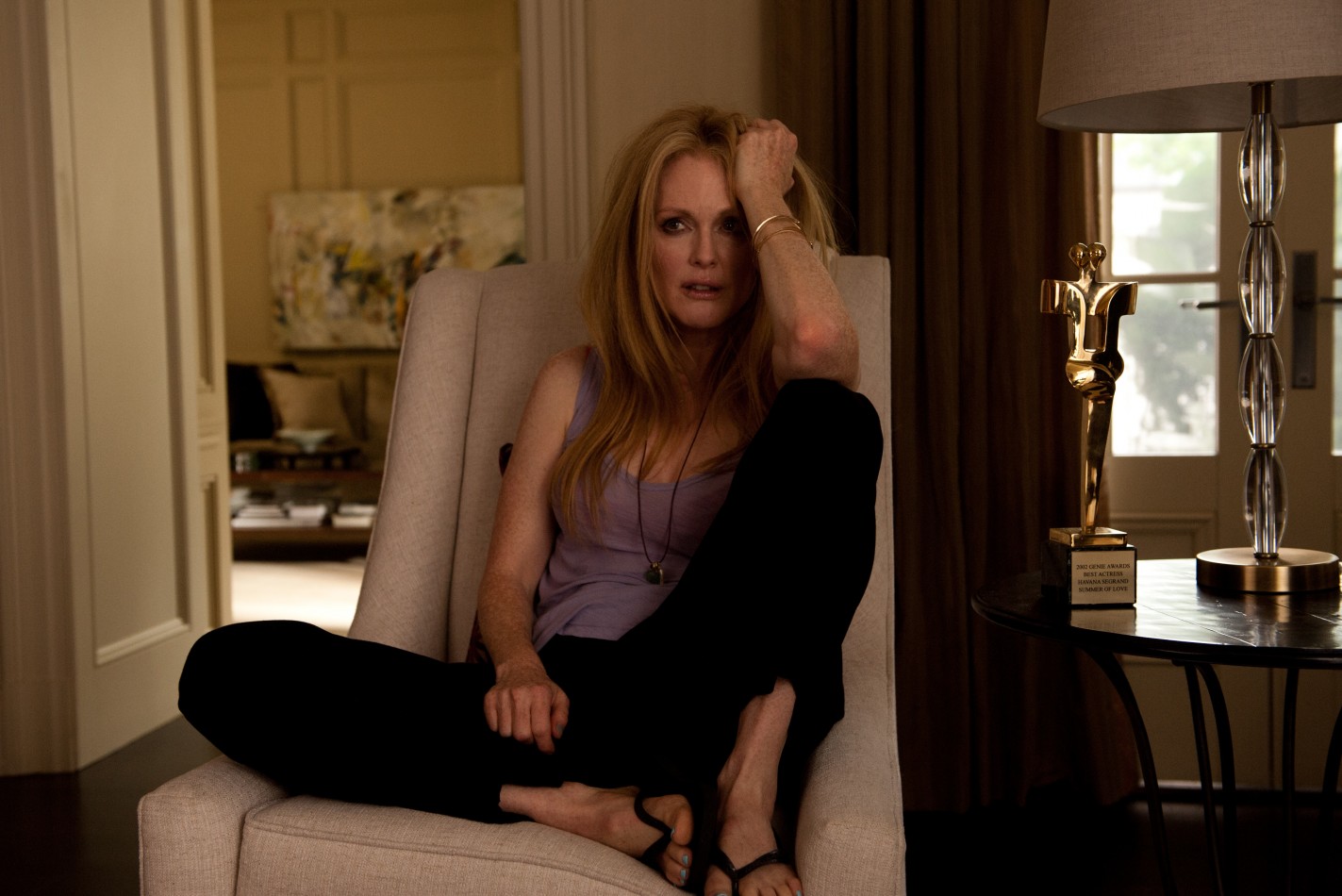 In “Maps to the Stars,” the fluent severity of David Cronenberg’s frames (shot, as customary, by Peter Suschitzky) matches elegantly to the linguistically bedizened, behaviorally fetid prose of his good friend, novelist Bruce Wagner. (“Clea’s face was like a Tornado Alley weathervane—the tremble before the wild-ass spin,” reads a typical description in 2005’s “The Chrysanthemum Palace.”) This is not the Hollywood satire some have taken it for, but instead, a four-hankie dry weep for the soul of a society where sensation high and low cannot match urge and habit. (Incest; pistols; endangered pets; fire that burns but does not yet physically consume; Klonopin, Romeo + Juliet; fame! O fame; “deathless American icons,” self-delusion; the lurid as quotidian.) Wagner’s brand of Los Angeles despair has a flatness and a chill, an embrace of melodrama that is still void of feeling. With a damaged Julianne Moore, an even more damaged Mia Wasikowska, John Cusack, Sarah Gadon and Robert Pattinson in his second role as a limo driver in a Cronenberg picture. While Moore won her Oscar for “Still Alice,” in “Maps To The Stars,” she’s at her most astringently unhinged. 112m. (Ray Pride)

“Maps To The Stars” opens at the Music Box on Friday, March 6.