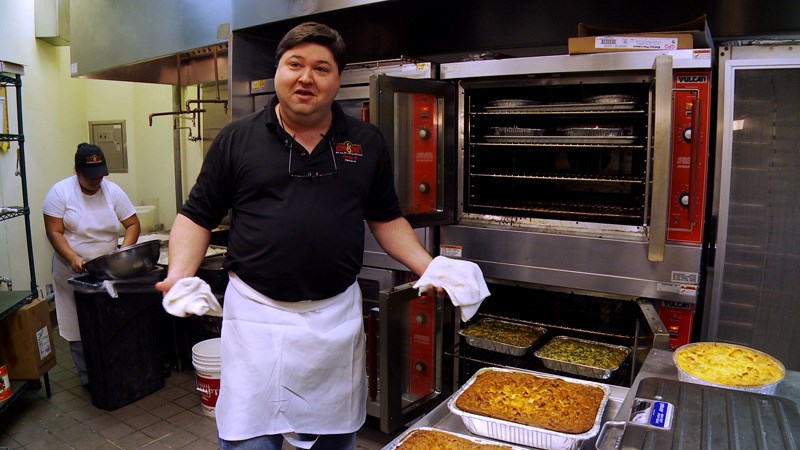 Small, personality-driven documentaries sometimes make me think the scale can only get smaller: say, making a film for your sister to explain your brother to himself. Food and foodie documentaries are a thing now, and “Deli Man” is a steam table’s worth of diversion. Third-generation delicatessen owner Ziggy Gruber, owner of Houston’s Kenny & Ziggy’s, is the subject of Erik Greenberg Anjou’s lively, likable “Deli Man.” Corned beef sandwiches and corniness abound; the food is heavy but the japes are light. What could have been small beer instead makes the viewer hungry and hungrier. The role of the deli in Jewish culture is also capably evoked: “You can taste the diaspora!” Ziggy exults. With Fyvush Finkel, Jerry Stiller, Larry King. 91m. (Ray Pride)