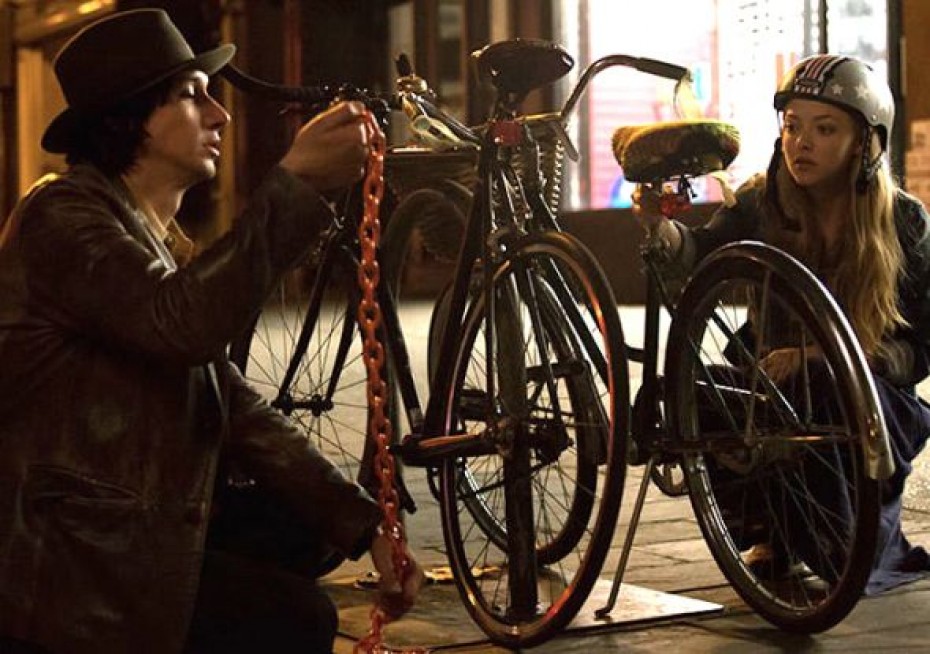 After he tries on a new personality borne of new, younger friends, “You’re an old man with a hat,” middle-aged Josh Srebnick (Ben Stiller) is told by his stay-at-home dad friend, Fletcher (Adam Horovitz). In “While We’re Young,” his eighth feature, Noah Baumbach goes the Woody Allen ensemble route in a two-thirds likable variation of “Crimes & Misdemeanors,” in which two generations of documentarians search for “truth” and “authenticity” in different measure. Josh, frantic and at clueless loose ends as so many Baumbach protagonists are, is married to Cornelia (Naomi Watts), seemingly happy, soaked in wine and regret for not having had children. She’s also the daughter of an esteemed elder documentarian, whose mentoring Josh has rejected in the near-decade of working on an interminable documentary project about the notions of a weedy Noam Chomsky stand-in. Josh and Cornelia meet a younger couple, Jamie and Darby (Adam Driver, Amanda Seyfried), callow twentysomethings who open a window to the couple’s passed youth. Baumbach does a rich, comic job with the contrasts between the couples, capturing both middle-aged lightheadedness and callow youth with a simmer of sociological precision. (There are small, savory tastes of several other filmmakers here, notably Mazursky and Swanberg.) “Before we met, the only two feelings I had left were wistful and disdainful,” Josh tells the younger filmmaker, who’s quick to take every advantage he can that Josh has rejected in his own foiled career. The third act turns to a lot of bluster and blarney about truth and documentary ethics, and the comeuppance of youth, with lots of to-be-expected rancid disdain for a younger generation with their throwback vinyl and typewriters and VHS cassettes and house-made artisanal ice cream, with so many years ahead of them, from the failure that is Josh. (They consume their “authenticity”; Josh steeps in his wishy-washiness.) The essential plaint: “If everyone’s recording everything, what’s documentary?” But the first two-thirds of the movie percolate and ping with jokes and jabs and even insights that are very, very satisfying. With Charles Grodin as Watts’ father, whose dry drawl invests a little extra oomph in an underwritten role. 94m. (Ray Pride)

“While We’re Young” opens Friday, April 3 at River East, Landmark Century and Century Evanston. A trailer is below.