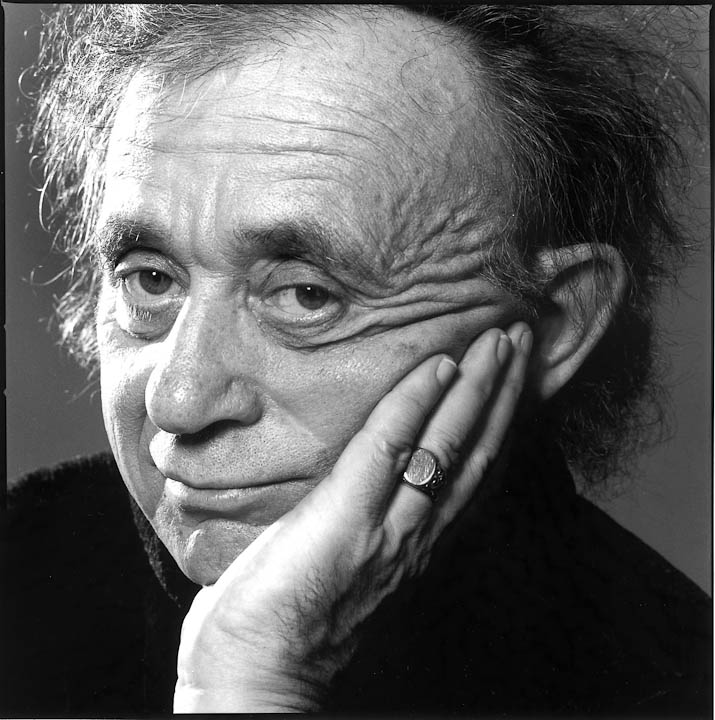 Running each Tuesday through spring, Doc Films presents “Frederick Wiseman: An Institution,” ten features from the documentary elder’s expansive library. (The remaining titles are 1969’s “Law & Order”; from 1975, “Welfare”; 1977’s 174-minute “Canal Zone”; “The Store” (1983); “Blind” (1986); “Aspen” (1991); “Ballet” (1995); “Public Housing” (1997) and 2001’s “Domestic Violence.”) Behind the effort are local film critic and Odd Obsession alum Ben Sachs, thirty-two, and his wife, Kat, twenty-six. “Like Robert Bresson or Andy Warhol, Wiseman challenges viewers to look and listen harder. His films are famously devoid of identifying titles, on-camera interviews, and nondiegetic music. In giving up these staples of documentary cinema, Wiseman achieves a profound sense of immediacy,” the Sachs write. It’s their fourth curatorial enterprise since mid-2014. Ben answered a few questions about the intentions of the series, shown entirely on 16mm.

So these particular films are from Wiseman’s substantial back catalogue?
For a while now, I’ve considered Wiseman to be America’s greatest living filmmaker. In our essay for the Doc Films website, Kat and I compare him to Warhol and Bresson; and like them, Wiseman has the power to transform hard and fast reality into something wholly cinematic. His movies, for us, represent cinema in its purest state. One benefit of watching multiple Wiseman films in close succession is that you start to look beyond the subject of each one and become more aware of his methods—how he builds individual scenes and overall structures, how he transforms real people into characters.

While Wiseman’s recent work has had a strong profile in theaters, the older films have been hard to see, which may or may not be because of the fact that he self-distributes and holds his library close.
Wiseman’s last several films got substantial theatrical releases in the U.S.—more substantial than his previous films, anyway—new audiences are becoming aware of him and starting to explore his body of work. (Most of the U. of C. undergrads on the Doc programming board told me they hadn’t seen any of his movies pre-“La Danse.”) It seemed like a good time to organize a retrospective, especially since there hadn’t been one in Chicago since spring 2007. This gives younger audiences a chance to see his films on celluloid.

You told me when you started to plan this series, you would go for Wiseman “deep cuts.”
Yes, another goal of the series is to draw attention to some of Wiseman’s more overlooked films. I rank “Canal Zone,” “Blind,” and “Aspen” among his greatest, but they don’t get discussed as often as “Welfare,” “Public Housing” or “Domestic Violence.” Wiseman’s “greatest hits” tend to be the ones about pressing social issues, though none of his films are without insight. In fact, the “lesser” films end up touching on major subjects too. “The Store,” for instance, interrogates the whole apparatus of consumer capitalism; “Aspen,” which I consider his most underrated, offers a critique of Reagan-era values no less incisive than the social critiques of his early, Vietnam-era films. Wiseman’s never made a bad film, really, which is incredible given how many he’s made. All his movies showcase his intense, wry, curious approach to reading reality.

This is the most ambitious programming you’ve done since you and Kat began last year. Do you have a philosophy?
I don’t know if we have a philosophy about programming. We only started doing this in August, and we’re still figuring it out. We started impulsively, acting on a shared love of repertory screenings and the desire to share movies with a public audience. Most of our selections so far have been either documentaries or films where people play fictionalized versions of themselves (Laura Colella’s “Breakfast With Curtis,” Jim Jarmusch’s first feature, “Permanent Vacation”). I think we’re most interested in the transformation of real life into cinema, but I’m not sure if we can make a mission statement out of that.

But it’s fun?
For now, yes, we look at this as something fun we can do together. Some couples form bands, we thought we’d form a programming organization. We’re still drunk on the satisfaction of bringing people together to watch movies we value. For me, it’s a refreshing change of pace. I spend so much time writing about movies from an authoritative position, I like that I can have an outlet that allows me to be an enthusiast again. (Ray Pride)