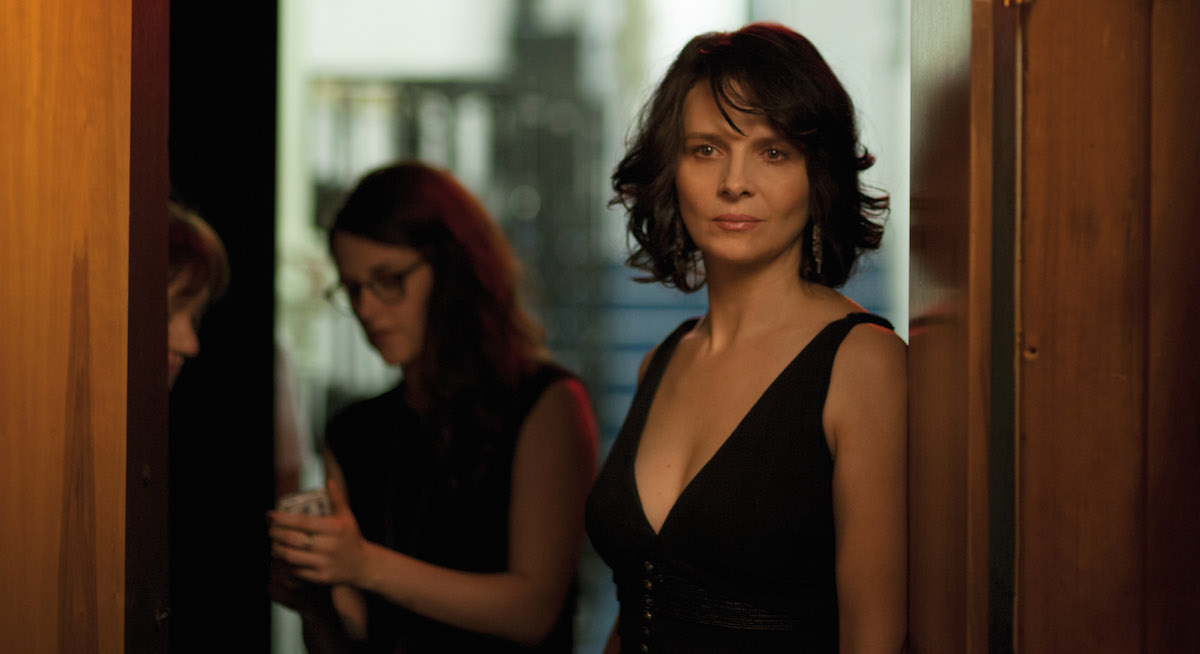 Specific yet elusive, as in Olivier Assayas’ best work, “Clouds of Sils Maria” rises to the challenge that longtime colleague Juliette Binoche’s offered him: create a role for a woman of fifty that’s not all about a romantic relationship. What he came up with resembles a number of other movies, including a hint of “All About Eve,” as a professional triangle oscillates between her mid-career actress, her devoted and indispensable assistant, juggling multiple iPhones, Blackberrys and agendas (Kristen Stewart), and an ambitious young actress (Chloe Grace Moretz) repeating a role she played years earlier. (There’s also something of Joseph Mankiewicz in Assayas’ taut, gnomic gab, with professional status and personal moment indicated in snappish, contemporary dialogue.) Binoche’s performance matches Assayas’ visual style, alternately brittle and supple, while Stewart is laconic yet electric in conveying her character’s quiet, emphatic passion for her boss. Assayas recently made a surprising statement to BOMB magazine about not giving direction to his actors, including the eager Chloe Grace Moretz. “I give zero indications. Nothing. To me, it’s all physical. It is all about getting the right actors. They understand the part. They’re not idiots. They’re going to sit down, and they’re going to work. They don’t need my explanations. The problem is that actors listen to directors. They respect them. So, when you say something, it becomes gospel. In a certain way, this limits their imagination. I’d rather say nothing. Then, when we shoot, I fix whatever I don’t like. I channel it as softly as I can in a direction where, maybe, there’s something to gain. But, usually, if you are working with the right people, their instinct will be correct. Ultimately, there will be some kind of human truth to what they are doing.” That compassionate observation elevates “Clouds of Sils Maria” to exhilarating heights of grown-up drama. 127m. (Ray Pride)