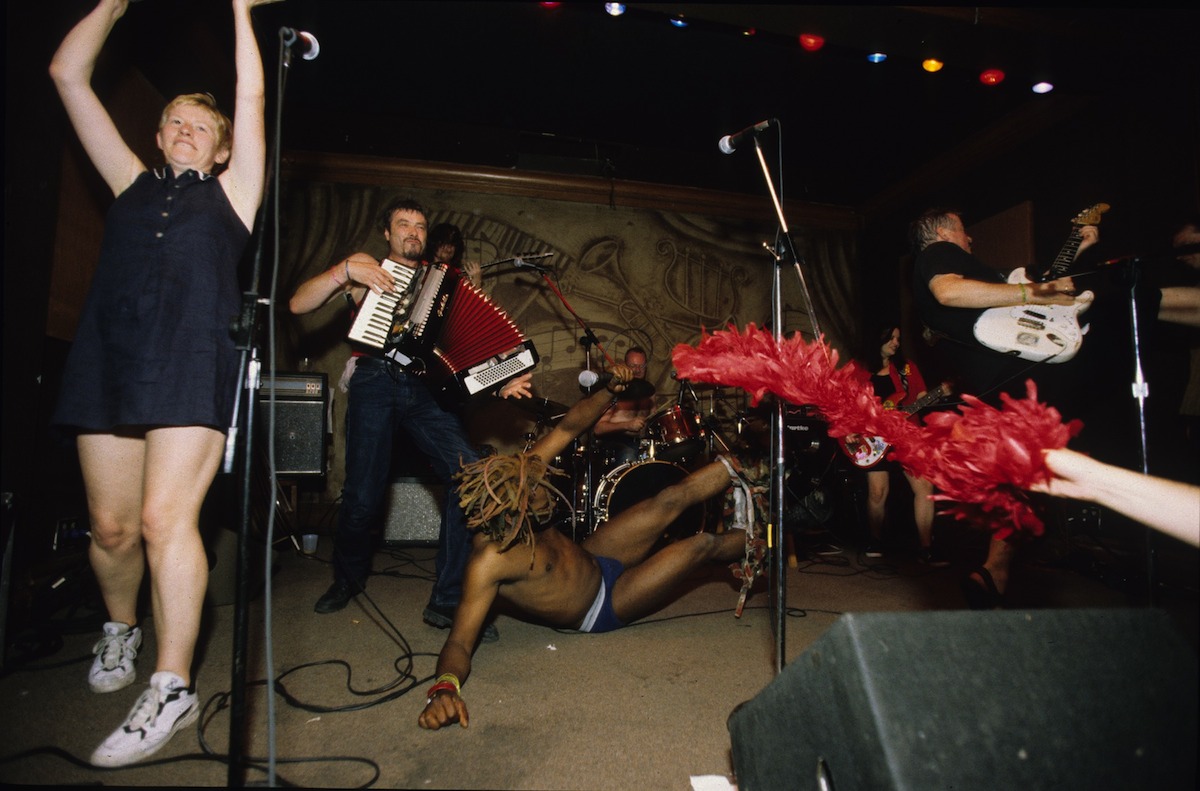 Former Chicagoan Joe Angio’s long-in-the-making sophomore documentary, “Revenge of the Mekons” is a lean, cheery ninety-five-minute portrait of almost four decades in the lives and careers since the 1977 formation of the vital, genially haunted punk-to-rock band that Lester Bangs called “the most revolutionary group in the history of rock ’n’ roll.” Angio’s conversations with frontman Jon Langford and frontwoman Sally Timms, among other members of the group, are lucid about their ongoing rise to nearly the middle. (As Timms retorts from stage to a heckler mentioning “sell-outs,” “Sold out is a term that never comes into our lives.”) “ROTM” is humble, raggedy and proud, just like the endlessly productive, self-reinventing band itself. The roster of well-chosen, well-edited interview luminaries includes Fred Armisen, Will Oldham, Vito Acconci, Mary Harron, Jonathan Franzen and Greil Marcus. 95m. (Ray Pride)

“Revenge of the Mekons” plays at CIMMfest, then at the Music Box April 21 and dates to be announced.