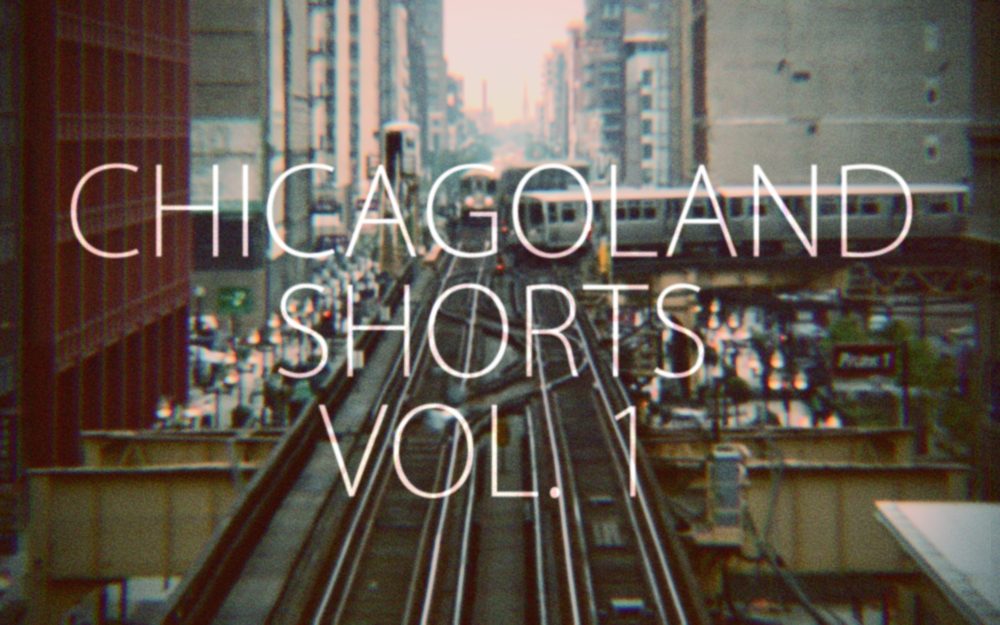 The films are of differing stripes and strengths on the first of a promised series of “Chicagoland Shorts,” curated and compiled by filmmaker-producer Eugene Sun Park (a 2014 Newcity Film 50 alum), Beckie Stocchetti of Kartemquin Films and Park’s production associate Kayla Ginsburg. But just as interesting as the work on hand is the timing of the compendium of ten shorts from Park, Fawzia Mirza and Ryan Logan, Lydia Fu, Michael Paulucci, Valia O’Donnell, Fred Frederiksen and Dylan Jones, Amanda Taves, Robert Carnilius and Amir George (the latter two also listed in the 2014 Film 50.) We talked to Park about his intentions.

What’s the virtue of having theatrical runs and DVD and Blu-ray releases of these short films?
The purpose of the theatrical release is to create a public event, or a series of events, so people can come together as a community to watch and celebrate these films. Fewer and fewer people are going to movie theaters these days [to see non-mainstream movies], and something is clearly being lost. In order to preserve the theatrical experience, my feeling is that filmmakers have to do more to create added value to that experience. In other words, make the theatrical experience something that truly needs to be experienced in person, something that cannot simply be downloaded and viewed on your iPad. As for the DVD release, that’s focused on the film geek who wants to go deeper into the films. The DVD release is packed with extra features, including exclusive interviews with the filmmakers, cut scenes, storyboards, and additional films and videos that are not part of the main collection.

What are you doing in opposition to or in concert with the increasingly prevalent form of exhibition for small films, that is, Vimeo and YouTube exhibition?
The Vimeo release is a totally new venture for me and my production company. We have no idea how this is going to go, but I hope to get “Chicagoland Shorts” in front of a wider audience, including those people who aren’t interested in making the physical journey to a movie theater. I don’t believe that the theatrical experience is the only or best way to watch films. It’s my own preferred way, but I recognize that it’s not doable for a lot of busy people who would rather watch bits and pieces of content throughout their busy days. Quite frankly, I watch more films and videos online than I do in the theater, and I’d be insane to hold other people to a different standard.

Are we at a precise tipping point of the affordability and availability of technology and digital distribution that anyone with the hours to put in can “be” a filmmaker?
The democratization of filmmaking has been in full swing for a few years now. Anyone can make a movie these days. A smartphone and iMovie are more than enough in terms of tools. And between Facebook, YouTube, Vine, and so on, anyone can distribute their films to the masses. Of course, it’s a separate question as to whether this makes you a “filmmaker”! This points at deeper questions about what distinguishes “cinema” from “internet videos.” Personally, I think it’s dangerous to try to make such a distinction. But I do think there are important differences between content that’s intended for the web, and content that’s intended primarily for theater viewing. But even these lines are being rapidly and continually blurred.

Why are these films and filmmakers special? Why is Chicago special?
The films in “Chicagoland Shorts” are special because they prove, collectively and individually, that there’s great, original filmmaking going on in this city. For me, it’s a chance for us to pause and celebrate the unique stories coming out of Chicago. We have a growing and thriving film industry here, and if we can support and recognize each other’s work, instead of merely competing with each other for the attention of “the biz” in LA or New York, we can build Chicago’s reputation as a legitimate destination for film and video production. We have world-class talent here, both above-the-line and below-the-line, as well as excellent equipment houses, sound stages, and film schools.

Where do curatorial efforts like this fit into this moment, this particular, dare we call it, “paradigm”?
There is so much media content available, it’s impossible to sift through all of it. So curation is becoming more important. I trust certain people to do some of the sifting and tell me what to consume, whether it’s music, films or books. Not that I want to stop deciding for myself, but I need some help in organizing the overwhelming mass of media content coming at me from every which way. When I find someone I trust (like the staff at Facets’ video store, or the programmers at Chicago Underground Film Festival), I know their selections are going to generally jibe with my tastes. With “Chicagoland Shorts,” I’m hoping my team and I can do something similar for audiences who want a taste of the short-form work being produced by local filmmakers. These are all things I’ve been thinking about a lot lately!

“Chicagoland Shorts Vol. I” shows April 25-27 at Facets with filmmakers in attendance, and can be ordered at fullspectrumfeatures.com/chicagoshorts/  The trailer is below.