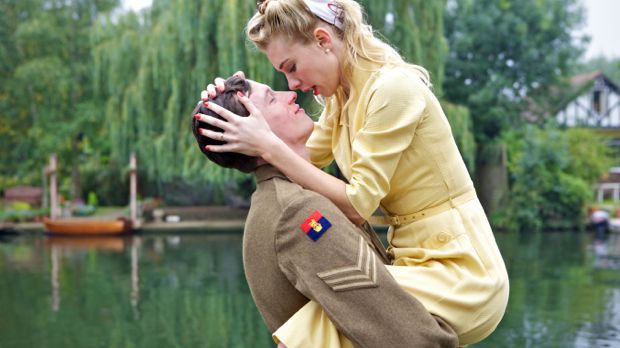 “Queen and Country,” the likely last testament of vibrant filmmaker John Boorman, at eighty-two, is a likeable, low-key sequel to his Oscar-nominated, autobiographical 1987 “Hope and Glory,” this time set in 1952 Britain during the Korean War. The episodic storytelling flows at the serene pace of a river, but the details of the landscape along the way are pungent and oft-surprising. Boorman has sustained a career of mountainous high points (the mid-Pop expressionist gangster hallucination “Point Blank”; the deep waters of male anxiety in “Deliverance”) to valleys of incomprehensibility (“Exorcist II: The Heretic”), yet there’s a muted calm to this lovingly cast, beautifully shot time capsule, capturing passing time instead of his recurrent project of undertaking the making of primal myth. England’s in transition—here comes Queen Elizabeth, here comes television—but Boorman’s memories of the moment are most splendid in the most tranquil of details. With Callum Turner, Caleb Landry Jones, Tamsin Egerton, Aimee-Ffion Edwards, Richard E. Grant, David Thewlis. 115m. (Ray Pride)

“Queen And Country” opens Friday, May 8 at Siskel.