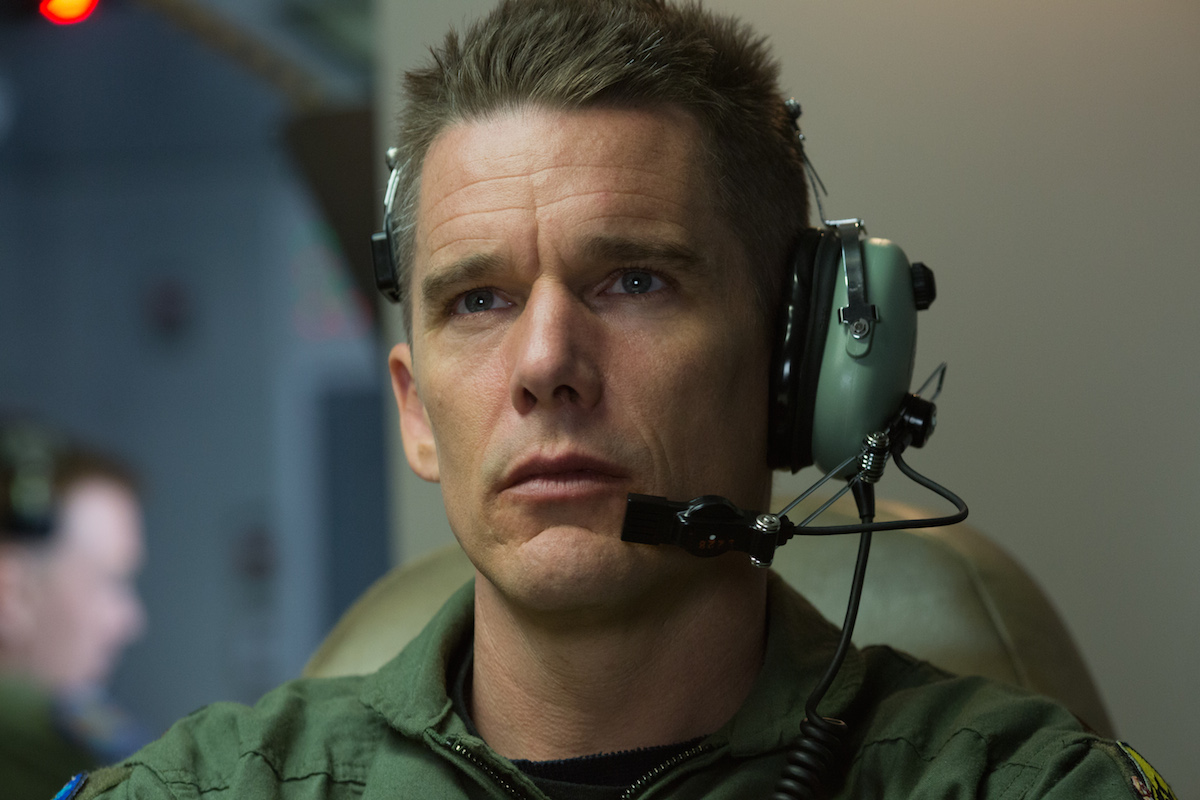 “Good Kill” is the latest in a career built on conceptual, morally centered, God-playing pictures from writer-director Andrew Niccol (“The Truman Show,” “Gattaca”), a drama starring Ethan Hawke as a disaffected American Air Force drone operator. The tone is curiously still, but seldom inert, filled with didactic dialogue from Bruce Greenwood as Hawke’s boss. “How’s the war on terror going?” “Same as your war on drugs.” The effect, mimicking the vegetation of Hawke’s flyboy who longs to the return to the sky instead of the metal hut outside Las Vegas from which he targets suspects and launches missiles is hypnotic and damning nonetheless. Tonally, it’s a little like an Atom Egoyan film blanched, drained and set on the sideboard for a while (but in a good way). Storywise, tact and intelligence take the day. Things grow more strained, both at home and on the job, until “Was that a war crime?” asked after one particular “good kill” garners only a “Shut the fuck up.” With January Jones, Zoe Kravitz. 103m. (Ray Pride)