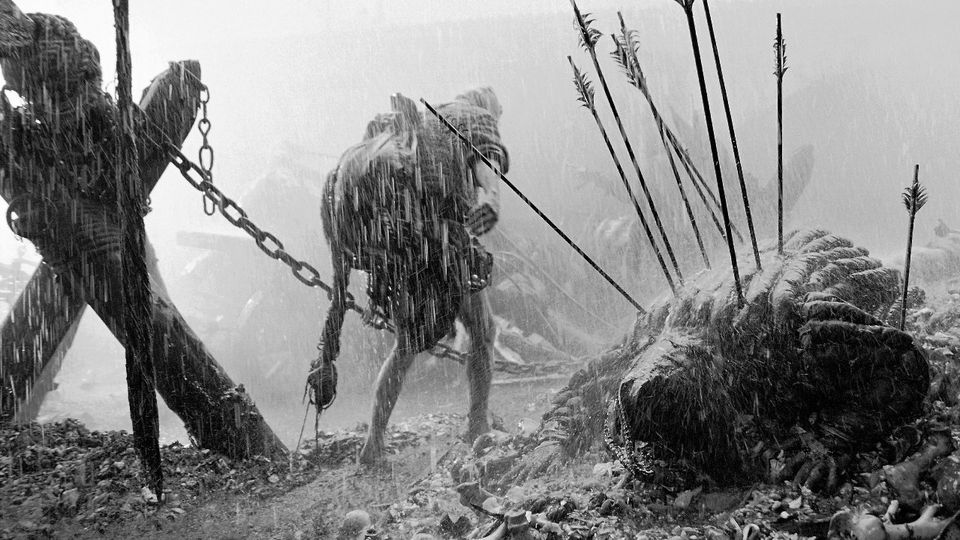 (Trudno byt bogom) Russian director Aleksey German’s last, decades-in-planning and years-in-production epic is cryptic, insurgent, vital, near-pilotless and nigh-on-unfathomably dense in its creation of grotesque medieval horror centuries in the future, on another, faraway planet observed by a scientist who is forbidden from interfering in the affairs of the populace. (Well, maybe.) You want a masterpiece? You want to see a certifiable, unquestionable masterpiece on the big screen in its first theatrical release? Come get yourself some “Hard To Be A God,” which is mud, and more, in your eye, and timorous moviemaking of all kinds. Based on a science fiction novel by the Strugatsky brothers (whose novels inspired other films including Tarkovsky’s “Stalker”), it’s the late director’s inspired attempt at putting it all on the screen in his own leaping legacy of a gesamtkunstwerk, as well as embroidering Bosch, Bruegel, mid-career Orson Welles, Gilliam’s “Jabberwocky,” Tarkovsky’s “Andrei Rublev” and a sure raft of influences I’m wholly in the dark over. “I am not interested in anything but the possibility of building a world, an entire civilization from scratch,” German has been quoted as declaring. Here it is. A brilliant ending. Surely no one else will start from this point… Earth in hell. Wow. With Leonid Yarmolnik, Aleksandr Chutko, Yuriy Tsurilo, Evgeniy Gerchakov. 170m. (Ray Pride)