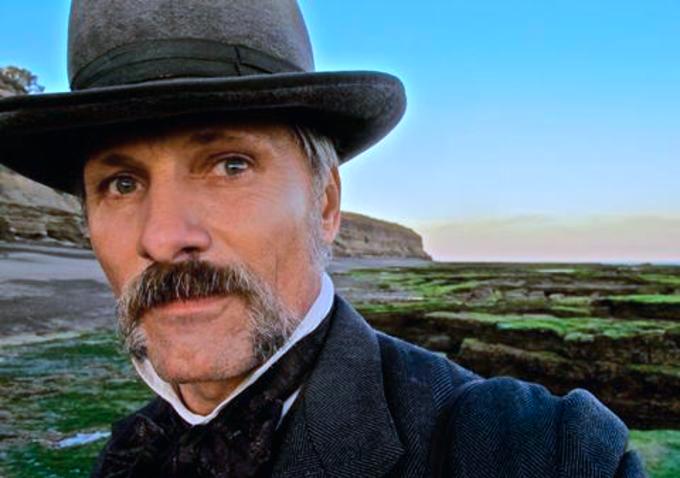 Experimental filmmaker Lisandro Alonso (“La libertad,” 2001; “Los muertos,” 2004) moves further toward narrative in the gorgeous, elusive “Jauja,” with producer-composer Viggo Mortensen a dream figure at the center of a restlessly unfamiliar, even radical nineteenth-century Argentine Western. It’s a mystery, to be sure. Mortensen plays a Danish engineer who takes a job in Patagonia, only to have his daughter run off with a soldier. A journey begins… a nightmare persists. And there will be magical dogs. For fans of his four earlier features, “Jauja” is a joy, but many might be confounded. Shot in lovely, softly saturated color in the 4:3 “Academy” format by cinematographer Timo Salminen, best known for his work with Finnish minimalist master Aki Kaurismäki. 101m. (Ray Pride)

“Jauja” opens Friday, June 5 at Siskel. The trailer is below.