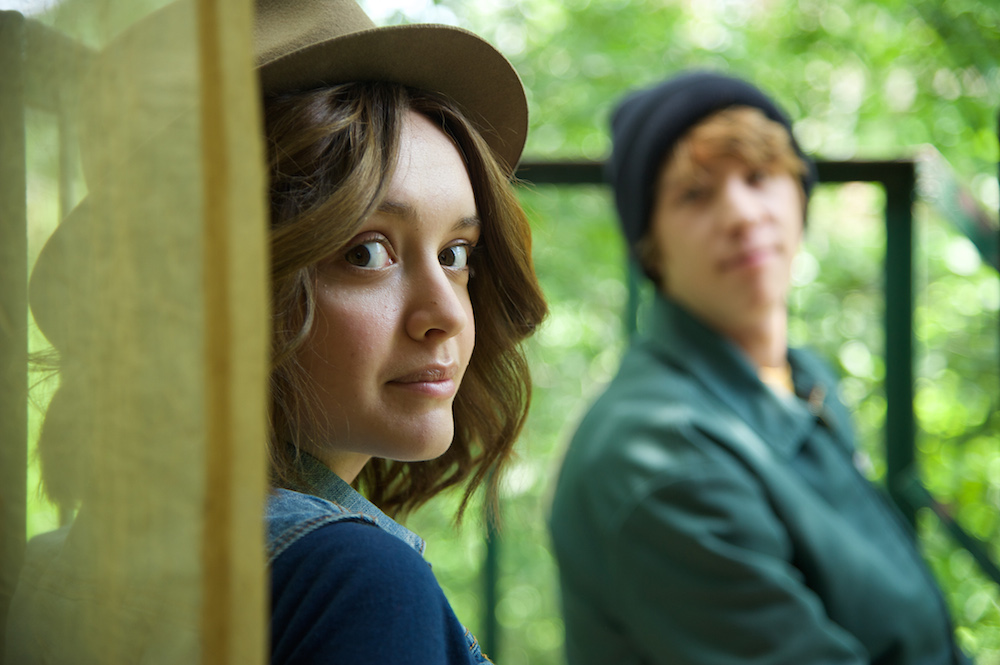 “I’m, like, innovatively stupid,” says the protagonist of coy Sundance sensation “Me and Earl and The Dying Girl,” amid clever details and a teeming plethora of semi-self-aware verbal asides. But Wes Anderson movies and “Napoleon Dynamite” should require adult supervision before going on any more dates. Chatty and simmering with simple charms, Jesse Andrews’ adaptation of his Pittsburgh-set young adult novel putters along at a dullish roar, nearly likable, not quite causing an annoying itch. Of course other high schoolers would ignore a kid who says things like, it’s “literally like trying to have lunch in Kandahar”! And for a boy like “Me,” there will always be “the part where I panic out of sheer awkwardness.” Criterion box art bounces off the walls including the cover of Fassbinder’s “Berlin Alexanderplatz,” publisher Dalkey Archive is referenced, and clips from movies like Truffaut’s “The 400 Blows,” Werner Herzog’s “My Best Fiend” and “Aguirre, The Wrath Of God,” Les Blank’s “Burden Of Dreams” and the unmotivated track right away from Travis Bickle on a payphone in “Taxi Driver.” The score, drawing from many cues familiar to his admirers, is credited to Brian Eno and his brother Roger. It’s a needle-drop approach wrenching to anyone with their own associations with that lyrical, elusive music, unlike the emotional cues in “Me and Earl” that are also punched in quirksome voiceover. (Other music is drawn from Hitchcock and “The 400 Blows,” as well as David Shire’s unforgettable score to “The Conversation.”) I love the idea of a portrait of intelligent, youthful, narcissistic, Asperger’s-like cinephilia as a gateway to a blooming intellectual and emotional life, but this is not a musical based on Chicago’s own Odd Obsession Movies. The readily anticipated ending may or may not pay tribute to “2001: A Space Odyssey” and the films of Jordan Belson. Among the performers, Nick Offerman is on hand as a stay-at-home academic dad, kitted out in a suite of native garb of many lands, from kimonos to sarongs and stops in between, offering bites of distasteful imported cuisines. He remains as Offermanly as they come. With Thomas Mann, Olivia Cooke, RJ Cyler, Molly Shannon, Jon Bernthal, Connie Britton. 104m. Widescreen. (Ray Pride)

“Me And Earl And The Dying Girl” opens Friday, June 12 at Landmark Century.