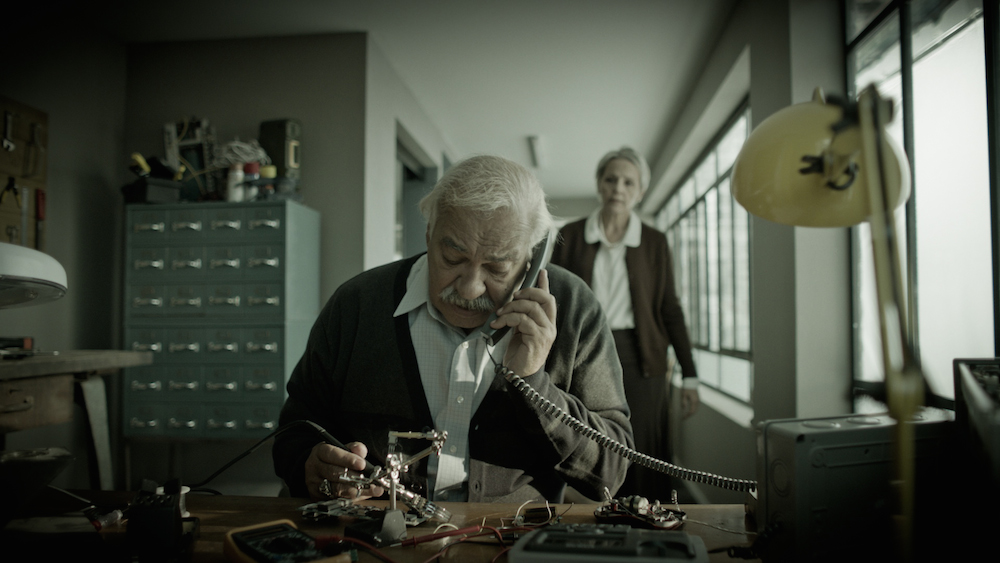 (Mita Tova) Life, death and laughter erupt at a Jerusalem retirement home when the facts of assisted suicide come into play among five friends in Sharon Maymon and Tal Granit’s bold, measured, but near-impudent “The Farewell Party.” The screenplay’s mix of gallows humor, moral pondering and uplift is deft even in the face of the creation and application of a euthanasia machine, and the acting by Ze’ev Revach, Levana Finkelshtein, Aliza Rozen, Ilan Dar and Rafael Tabor is universally fine. Winner of many film awards in Israel, “The Farewell Party” is an unlikely but genuine black comic achievement. 90m. (Ray Pride)

“The Farewell Party” opens Friday, June 12 at the Music Box and Renaissance Place.