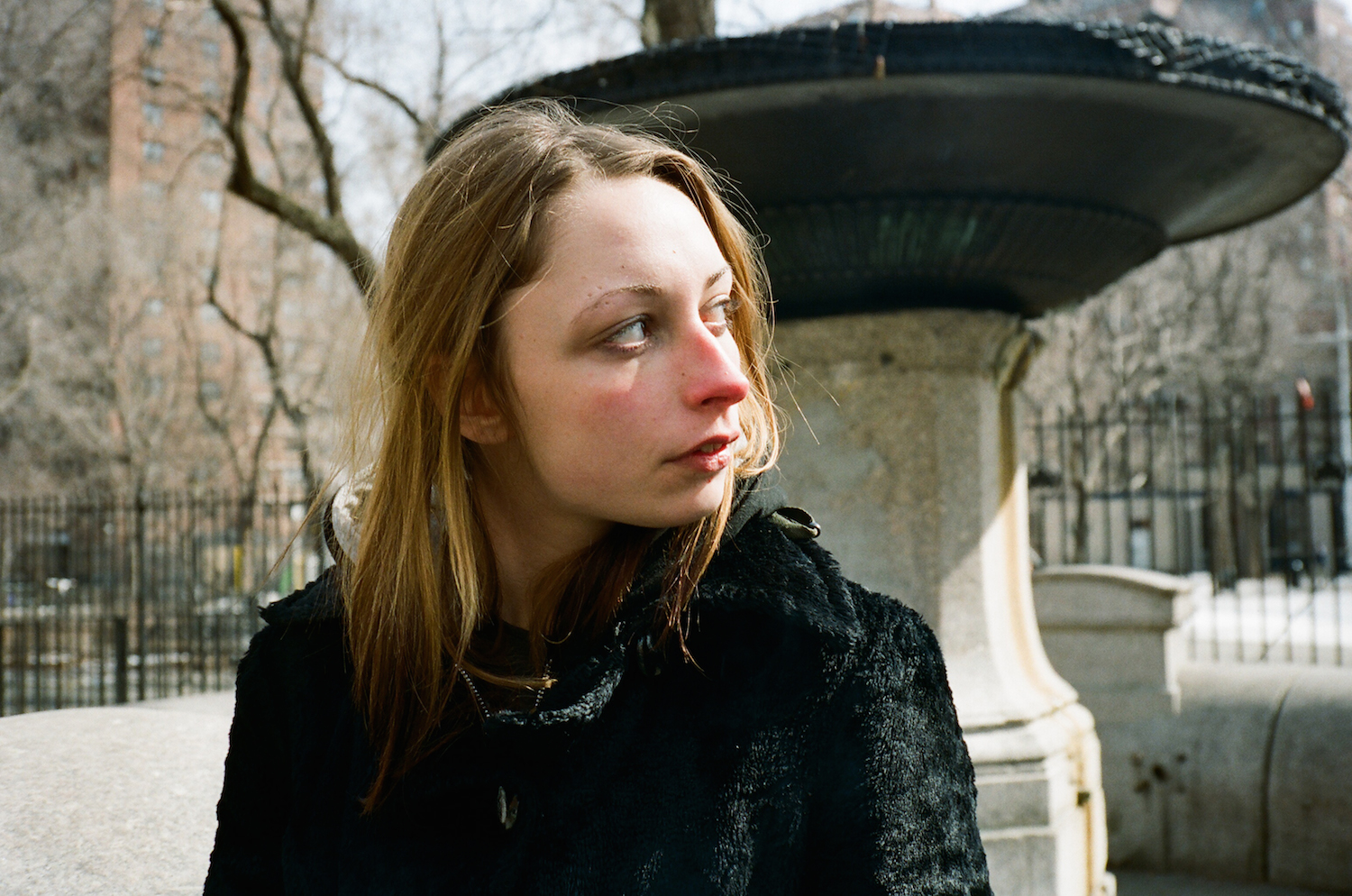 “Heaven Knows What” is an unabating horror movie, superficially a story about heroin and homelessness, filled with wakeful terrors, but it’s about something far worse, far more toxic.

Harley is a young woman, an unfinished child, on the streets of modern-day New York City. She’s wide-eyed, more than a waif, but lost to a terrible addiction: a crude brute of a boy named Ilya (Caleb Landry Jones). Love and heroin: which is Harley’s worse addiction? The opening of Josh and Benny Safdie’s third feature finds her on the street, lost to a kiss, but soon in need of help. What could kill her? What she believes: that she has a freighted case of true and fated love, or at least a willful misapprehension that nothing matters more than him.

“Would you die for me?” Ilya asks Harley in a scene so harsh and cold: then kill yourself right now. Do that for me, he tells her. And Harley thinks that’s love: she’ll do it. She goes to a bodega, shops for the cheapest of razor blades, and after the next scene, the stakes are set, for the characters, and for the audience. Arielle Holmes has an uncommonly expressive face, with lovely prominent teeth that peek from the rare smile, large eyes with small bright pupils, and an avid presence: she’s not fluttery or feral, but fearful and electric.

The film’s second scene, an extended title sequence, is built on flowing long takes in a psychiatric ward, and plays without words although patients and attendants become more and more frenzied and Harley, off street drugs but medicated, is increasingly threatened and the scene is scored to tumultuous electronic music by composer Isao Tomita, synthesizer-driven renditions of Debussy. The effect is as if Harley’s very skin, our own, were prickling. (“Heaven Knows What” uses other styles of music, other pulsations, to capture emotional peaks and valleys, with the most celebratory of highs and sorrowful of lows.)

But soon enough, Harley’s back on the street, needing, wanting to score: the drug that sustains her until Ilya is back in her life. Harley is played by Holmes, a then-nineteen-year-old (now twenty-two) whom the Safdies met while researching another film, and discovered the unexpected of her own life—homeless, addicted, in love—which they encouraged her to write down. “We commissioned her to write about her life, which she did in Apple stores,” the Safdies write. “The result was a 150-plus-page document filled with some of the most original writing we have ever read. A detailed account of what it’s like to live on the streets of modern NYC with a drug habit, a wild boyfriend and yearning for romantic drama. Never a dull moment, because a dull moment meant death!” That version, a forthcoming book, is called “Mad Love In New York City.”

The Safdies’ own New York City is embodied by a consistent visual device by cinematographer Sean Price Williams (“Listen Up Philip,” “Frownland”), capturing the characters on their daily rounds, their sustaining routines, with very, very long lenses. On one hand, it’s a pragmatic choice, enabling the production to capture street life without being observed by passersby, but its other implications include surveillance that no one watches, no one sees. The characters are observed, but their actions matter to no one else. The telephoto lenses partake of a 1970s cinematic look, gazing always into the periphery, evoking how movies depicted that decade’s drug scene in Manhattan, but in more modern terms, it’s an all-seeing yet nonjudgmental gaze. (Williams’ work includes an extensive apprenticeship working with the most humanist of documentary filmmakers, Albert Maysles.).

“I can’t take repetition!” Harley shouts, hardly heard, once out of the hospital, and yet her life is only repetition. The intensive, incessant labor of functioning toward the high, the cash, the buy, the kiss, or more likely, the crash, the fall, the cruel gesture by the Mephistophelean Ilya. It’s an infernal cycle of ritual, not the high so much as the means to the high: you must make these transactions, caress these bonds, talk this talk, walk this walk, ceaselessly, a simple cycle, a circle, a hell. It’s a thrilling hell, mingling cinema vérité with intense formal stylization, but not one anyone should want to live through (or love through), but definitely one to sit through, eyes wide open.

“Heaven Knows What” opens Friday, June 19 at Landmark Century and other theaters.