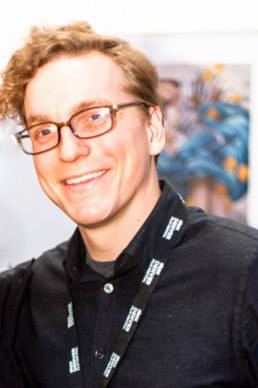 Coming on the heels of a recent boom in programming and space, including a lounge complete with a full bar, the Music Box Theatre named a new general manager on June 15. Ryan Oestreich arrives from Denver, where he currently serves as director of the Sie FilmCenter, home to the nonprofit Denver Film Society. Previously, Oestreich managed operations and programming for the Film Society of Minneapolis-St. Paul. “Ryan’s strong experience in the venue management space, both in for-profit and nonprofit organizations, prove he’s capable of ushering Music Box Theatre into a next phase of growth,” William Schopf, president of the Southport Music Box Corporation said in a statement. “We anticipate exciting programming and audience development progress with Ryan at the helm.”

Assuming the position July 6, Oestreich arrives just after the Fourth of July holiday unveiling of a patio behind the theater. Oestreich says the space provides a more fluid, interactive moviegoing experience of the kind that he wants to bring to the theater. “I don’t know of many theaters where you can go and have a drink before and after outside and still be patronizing the theater and discussing the movie in sort of that film environment,” Oestreich says. Audience interaction was a hallmark of his work in Denver, where community efforts included block parties on the roof of the FilmCenter’s garage, where patrons and neighborhood residents mingled while food and drink was served by local businesses. “I’m super-excited to find ways to use that space, creative things like bringing in a food truck or having movie bingo or film trivia, ways to really activate that space. I like to build community through the movie theater,” Oestreich says. “A movie theater is more than just sitting in a dark room, watching a movie and then going home. The more ways that you can elevate the experience and interact or give back to your viewers, the more you get to understand and know your audience.”

The Music Box’s previous GM, Dave Jennings, worked for the theater and distribution company for just over six years, but moved to Sony’s Culver City lot in April to manage repertory sales to theaters across the country.