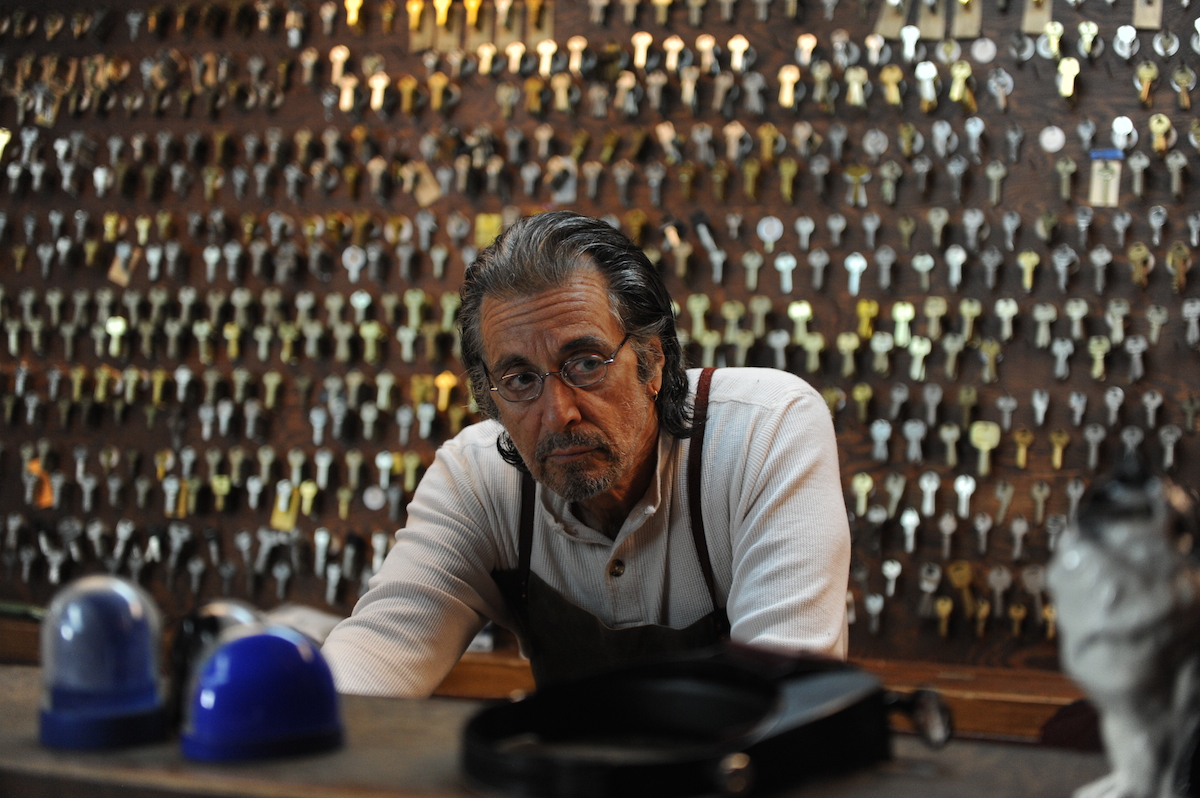 “I’m losin’ hope in tomorrow.” Man, those words murmured by Al Pacino in what may be his finest performance in far too long, they’re bittersweet. David Gordon Green’s quiet character study of a lonely, lovelorn small-town Texas locksmith, “Manglehorn,” was written by Paul Logan, a childhood friend of Green’s, who was also a driver on Green’s “Prince Avalanche.” As written by Logan, and with letters to a lover lost decades early, heard in voice-over, partially improvised by Pacino, A. J. Manglehorn’s wistful want for love in his late years holds no less ache than that of Green’s young lovers in “All The Real Girls.” Manglehorn meets a younger woman (Holly Hunter), a teller at his local bank, and his mood lightens, if not the brood of his long-nurtured wounds. Along with his usual knack for finding privileged moments of behavior, Green also expands on his use of expected, near-surreal images to gratifying effect. (Spontaneous public singing; a strange roadside accident out of a particular Godard movie; earthquakes.) Manglehorn is surprised by nothing, no matter how odd: this becalmed man lives fully in his head and Pacino plays him quietly, a magnificent loser. The evocative design tends to bold colors in subdued light, rich yet bruised. (The great Tim Orr repeats as Green’s cinematographer.) As expressed by costume designer Jill Newell, “Lots of dark, melancholy colors and heavy textures, like a child wrapping himself in blankets, layers of protective clothing, as if he was hiding from something. And plenty of dull monochrome colors to work against backgrounds of vibrant colors.” But Pacino is not muffled: his weary embodiment blooms. Especially in a closing scene that begins as satire of acting exercises and culminates in a magical image of simplest poetry. (Then Pacino’s wondrously bemused face.) The bittersweet score is by customary Green collaborators Explosions in the Sky and David Wingo. With Chris Messina, Harmony Korine. 103m. Widescreen. (Ray Pride)