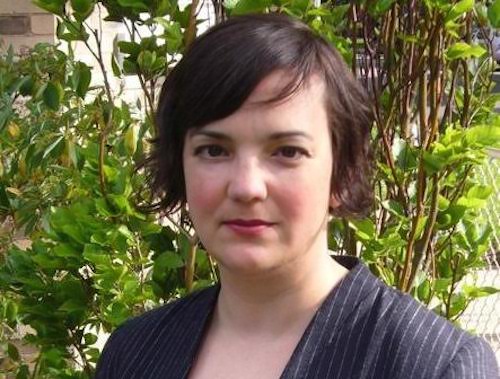 Another major move in Chicago film programming was announced Monday, with Northwestern University’s Mary and Leigh Block Museum of Art naming a replacement for longtime curator Mimi Brody. Michelle Puetz takes the title of Pick-Laudati Curator of Media Arts on July 13, moving over from the MCA, where she’s curated mixed-media exhibits working with video and other time-based media.

At the Block, Puetz will oversee programming for the Block Cinema, as well as continue to curate exhibitions involving video. She was selected by a committee of eleven Block staff, Northwestern faculty members and students through what Kathleen Bickford Berzock, committee member and Block’s associate director of curatorial affairs, described as a “very, very rigorous process.” Berzock said she felt Puetz was uniquely qualified for the position, especially in establishing a greater presence of time-based media in the Block’s galleries. “What was so remarkable about Michelle Puetz as a candidate for this position is that a media arts specialist is already a rare thing,” Berzock said. “What [she] has that’s even more unique is this crossover of experience where she is equally experienced as a programmer and historian as she is as a curator in a gallery space.”

Some of Puetz’s first projects at the museum will include a fall 2015 exhibition on Joan Jonas’ video and performance art, as well as the first-ever major exhibition on avant-garde performer Charlotte Moorman’s work from the 1960s-1980s, with parallel cinema programming organized by Puetz in winter 2016. “The thing that really thrilled me about the Block as a curatorial endeavor is the ethos of the position and that all of the staff there is inherently collaborative,” Puetz said. “I got that feeling strongly from the first time I went up there, and that’s the thing that’s most attractive to me, this idea of being part of this really dynamic curatorial medium.” (Marissa Page)