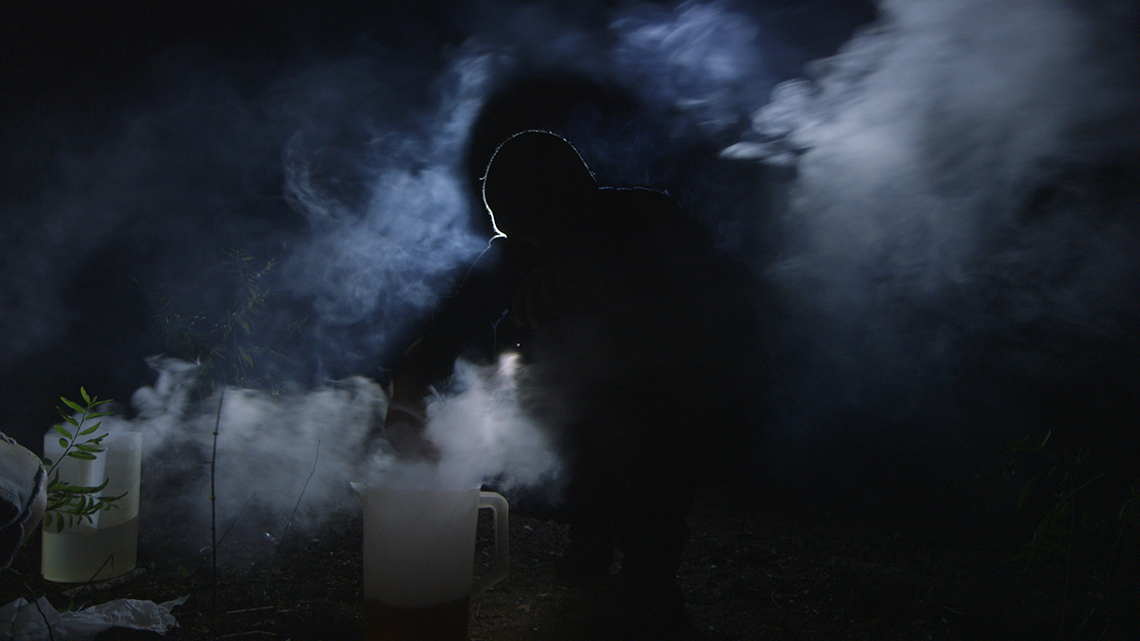 Director-producer-shooter-co-editor Matthew Heineman’s Sundance-prized “Cartel Land” brandishes impressive access on both sides of the U.S.-Mexico border, alternating vignettes of vigilantes waging extra-legal battle versus Mexican drug cartels. Bookended by middle-of-the-night, middle-of-nowhere scenes with meth cookers out in the desert, “Cartel Land” is impressive filmmaking in the service of dispiriting fact, figures on both sides of the law saying that lawlessness and corruption cannot and will not end. On the Mexican side, an aging surgeon and womanizer turned leader of the Michoacán “autodefensa” gains popular support until his followers grow as corrupt as their adversaries. In the States, recovering alcoholic, reformed meth-using gravel-voiced, leather-tanned, neck-tattooed “Nailer” with dead, ice blue eyes, observes, “Back in the day, vigilante wasn’t a bad thing.” The meth men are among the most articulate of the profane men on screen, saying of their nighttime trade, “Those fuckers studied chemistry and taught us how to make this shit.” Whatever Heineman’s study of filmmaking, the stylishly shot, severely framed and mostly finely edited scenes that include the camera operators under fire in street shootouts rise to a level of technique that led action master Kathryn Bigelow to add her name to the many listed producers. The roving, swooping, effortlessly mobile camera (by Heineman and Matt Porwoll) takes advantage, like many documentaries of recent months, of contemporary drone technology, lending a god’s-eye view to insect-like activities playing out on desert sands below. There’s a smattering of hangings, bloody bodies on sidewalks, kicks, punches, decapitated heads and the off-screen wails of torture victims. A nearly wall-to-wall score by H. Scott Salinas and Jackson Greenberg is overly informative about what you ought to feel from moment to moment. There’s a similar hopelessness in Gerardo Naranjo’s fictional “Miss Bala,” with the benefit of lyricism and figurative hope. Blood and hate stay close to the ground in “Cartel Land.” Impunity reigns forevermore. 98m. (Ray Pride)

“Cartel Land” opens Friday, July 10 at the Music Box. The trailer is below.