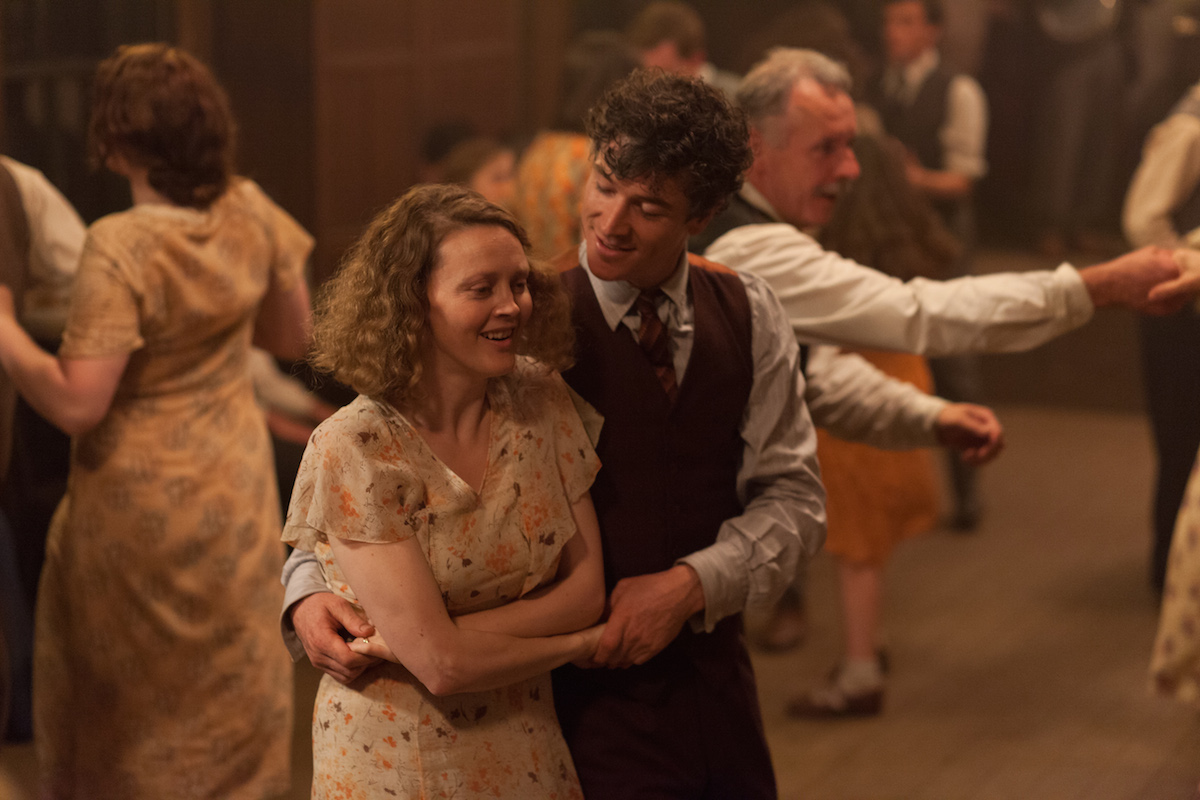 Wistful yet muscular late Ken Loach, “Jimmy’s Hall” tenderly massages the biography of Jimmy Gralton, an innate, indefatigable Irish rebel who was driven from his County Leitrim home during the Civil War, and again ten years later, when he returns in the spring of 1932. Jimmy’s sin in both instances, met with hate, hysteria and obstruction by the Church and police, was to erect a meeting place outside the tight societal strictures of the time, a place where poetry and dance and a dash of politics could be communicated. For this, he’s labeled a “communist,” and later, with his compatriots, “antichrists.” But the sense of community is rich, deftly sketched, defiantly progressive. The sense of landscape is gentle, and Loach’s eye is still avid for supple imagery. And even in a scene where Jimmy (Barry Ward) rallies his friends after they’ve taken back the home of a dispossessed family from a wretched landlord, and he speaks in spirited cadence about timeless idealism toward economic justice, the battle of labor versus big and bigger money, Loach and the great cinematographer Robbie Ryan (“Wuthering Heights,” “Red Road,” “Fish Tank,” “Ginger and Rosa”) position him in a calm frame, imploring in middle distance against a backdrop of a wood, of greenery waving gently, everlastingly, history rustling a timeless landscape. At the age of seventy-nine, Loach has said this is the last of his lovingly mounted fiction films, but he hopes to continue to make small documentaries for as long as he can. The cast is impeccable, including Simone Kirby as Jimmy’s lifelong flame, Jim Norton as the rock-ribbed Communist-scouring prelate and Andrew Scott as a younger priest who hopes to bring the sentiments of Christ himself against the local witch-hunters. 106m. (Ray Pride)

“Jimmy’s Hall” opens Friday,  July 10 at Landmark Century. A UK trailer is below.