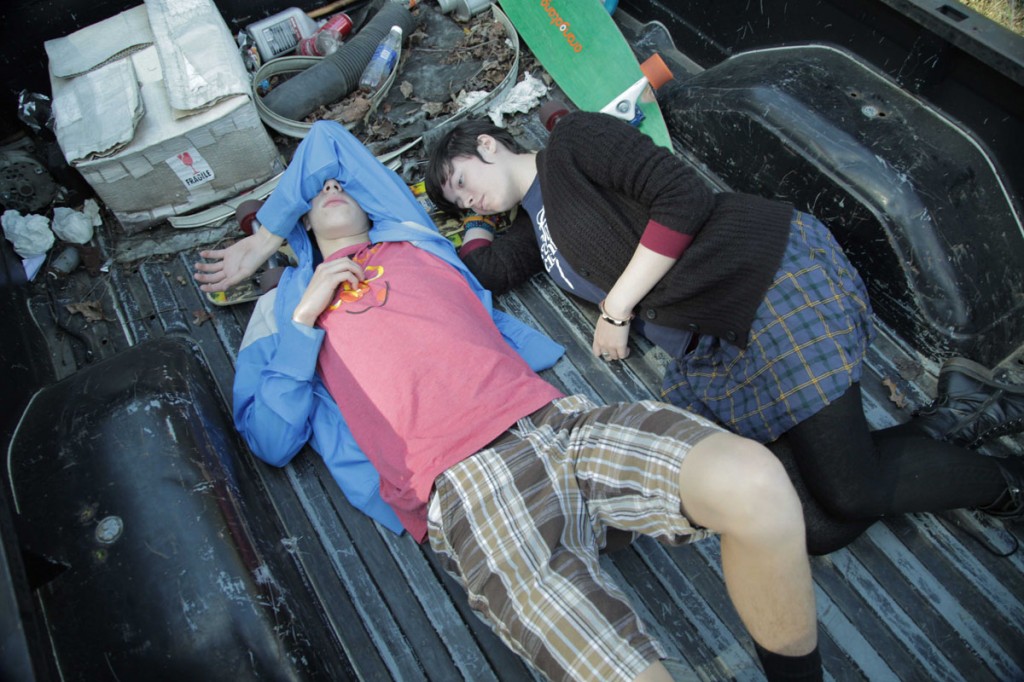 In writer-director-producer Daniel Peddle’s “Sunset Edge,” a bounty of bucolic rural imagery, skateboard meanderings and bristles of crunchy sound design heighten its shambling assemblage of familiar teen coming-of-age details, lightly suggestive horror imagery and intermittent visual lyricism. Peddle has a magpie eye, not limited to finding a rotting North Carolina trailer park as a location. He seems also to have closely observed the magic-hour momentousness of Terrence Malick and aligned his poetic ambitions with choice directorial debuts of Southern Gothic such as Harmony Korine’s incendiary, boisterous “Gummo,” and David Gordon Green’s glistening, absurdist “George Washington.” In a handful of scenes, the mood engages even as the plotting dissipates. Still, while the twinned storylines, peopled by nonprofessional actors, often feel more arbitrary than mysterious, the sense of what the movie is, or even could be, is as elusive as the breeze through barren tree branches. 87m. (Ray Pride)