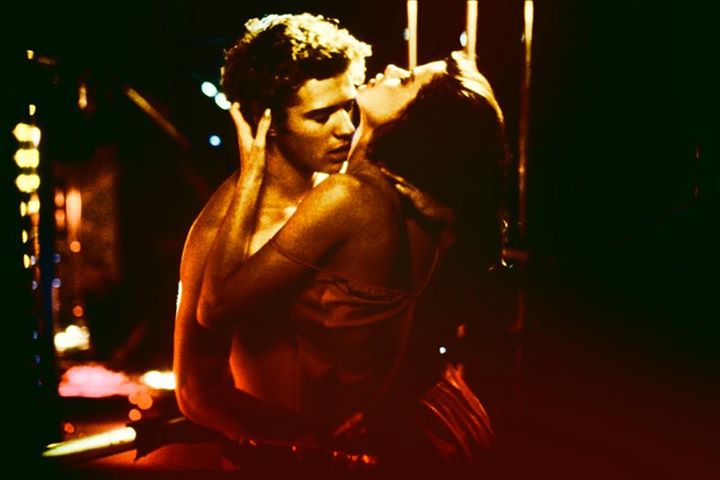 Seventeen years after the premiere of its severely shorn Miramax release, “54: The Director’s Cut” (1998/2015) now digitally approximates the original cut by debut writer-director Mark Christopher, deleting reshoots made by the distributor and restoring forty-four minutes of material that had only been seen in a bootleg VHS tape of the film’s workprint that had circulated underground. While “54””s ambitions are clear—“Saturday Night Fever” meets “Cabaret” in pre-AIDS Manhattan, a sexy but sad pre-“Boogie Nights” bacchanal-cum-social study—the finished fairytale is tame and timorous, content to stay on the surfaces. Ryan Phillippe plays the unlikely “Shane O’Shea,” a Jersey boy and twink avant la lettre who bares his heart (and chest) to the joys of celebrity, dancing and narcotics at Steve Rubell’s midtown Manhattan, tax-evading publicity magnet of a “palace of wisdom,” Studio 54. (He also has his eye on a TV star played by Neve Campbell.) There are intimations of a bisexual ménage when he moves in with co-workers Anita (Salma Hayek), coatcheck girl but songbird in the making, and her husband Greg (Breckin Meyer). Mike Myers plays Rubell with an admirable lack of vanity and a fistful of self-loathing. (But also power in his ugliness: “Bet you could model,” he tells the boy he most wants, “if you were a little taller.”) The most affecting, even haunting moments  are slightly naughty shards of sexual behavior and lines of dialogue that existed only on the samizdat VHS, the degraded quality suggesting ghostly remnants of film’s scissoring as well as the long-dead behaviors on-screen, debauchery and gaucherie alike. An early scene of Shane longing for the city from a Jersey vantage offers a wan sliver of moon (not unlike the Studio 54 prop of a moon snorting coke from a spoon) and to one side, unnoticed, unremarked, the Twin Towers. The simulacra of Andy Warhol, Calvin Klein and others are equally distant. Historical dates are compacted, leading to a 1978-dated invitation to the New Years’ celebration ushering in… 1980. With, briefly, a so-young Mark Ruffalo as a hometown boy and Sela Ward as a wealthy devotee of Shane. 106m. Shown in 2K DCP digital restoration. (Ray Pride)

The digital approximation of “54 The Director’s Cut” plays July 31 and August 2-3 at Siskel. The still is from one of the recovered scenes, indicating what several brief sequences and shots look like.