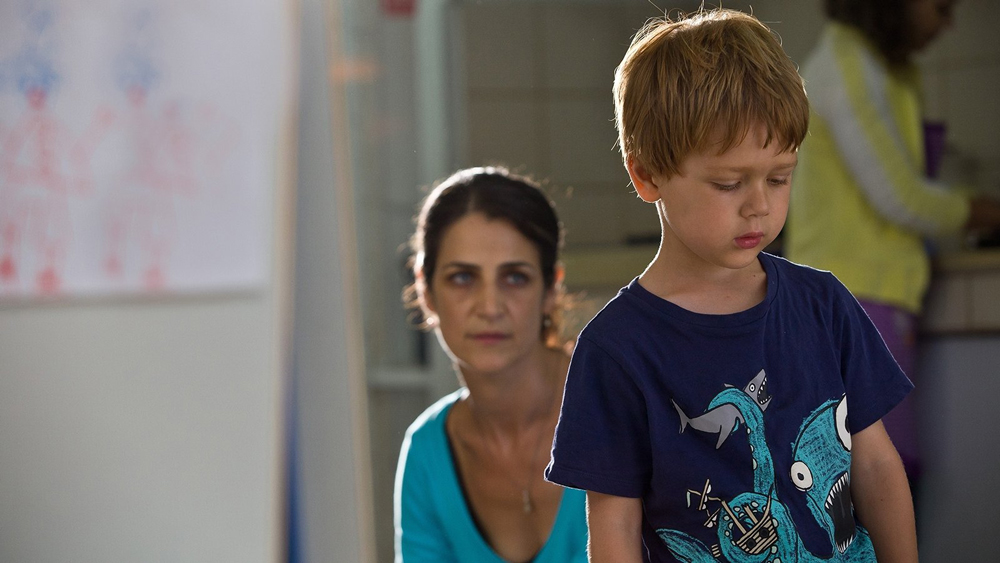 (Haganenet) In Nadav Lapid’s slow-simmering second feature, a Tel Aviv kindergarten teacher fixates on a five-year-old pupil who blurts poetry. Lapid’s coolly stylized visuals immerse us in her worrying obsession, including Shai Goldman’s camera taking on the vantage of the word-besotted boy. Other feats of directorial legerdemain include the dance of the camera, such as within the room full of kids and in a consummately constructed climatic scene: it’s a high order of near-theatrical blocking that seduces immediately. Is little Yoav a full-blown messiah in the making? Or just another clever little beaker of glossolalia? Lapid measures both options, risking obliqueness but providing clues and cues for uncommon contemplation amid rarified beauty. (Lapid wrote the poetry we hear as Yoav’s, between the ages of four and seven.) With Sarit Larry, Avi Shnaidman, Lior Raz, Jil Ben David, Ester Rada. 110m. (Ray Pride)