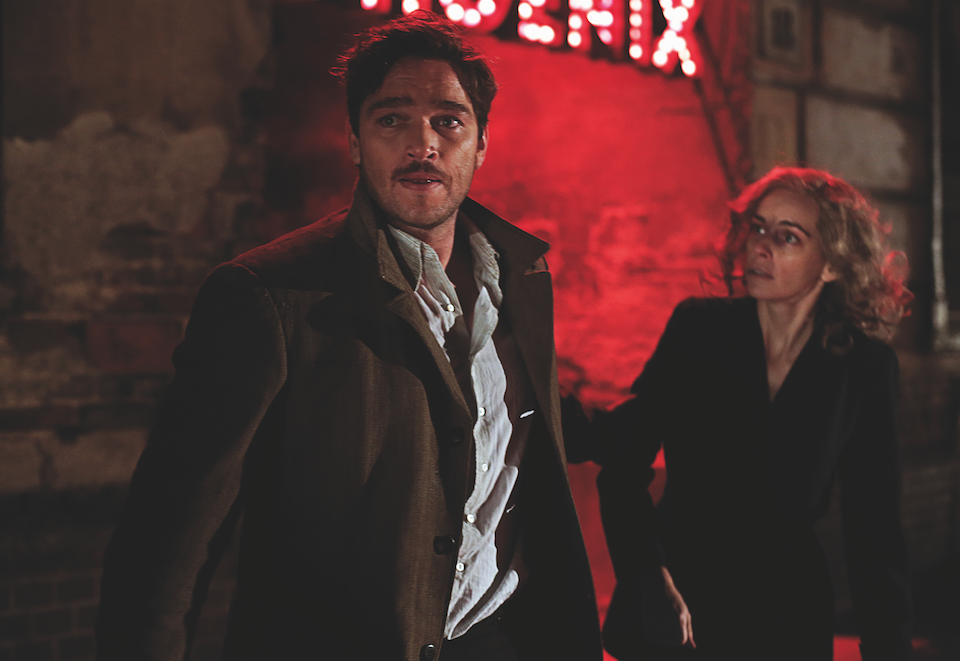 Christian Petzold’s precision—architectural, spatial, emotional—works again with surgical economy as Nina Hoss once more stars for him, this time as Nelly, a German-Jewish nightclub singer disfigured by a bullet while in a concentration camp who searches doggedly for clues to how she got to where she is in 1945 postwar Berlin. Reconstructive surgery gives Nelly a new face, and a new name, Esther, allowing her to return to the nightlife without being recognized, where she takes risks to find out who might have betrayed her, perhaps even her ex-husband who does not see her face in her face. Tension? Ensues. In each successive feature in a filmography that includes “Barbara,” “Yella” and “Jerichow,” Petzold grows more and more into the role of a master of the cumulative power of elegant drama—the layers of fantasy these characters create for themselves are epic but tangible—but also of the smashing payoff. Fassbinder’s postwar dramas are necessary epics in their own long-established right, but the late master would have certainly saluted a movie that not only toys with his “Marriage of Maria Braun,” but also Hitchcock’s “Vertigo,” Franju’s “Eyes Without A Face,” the bold Technicolor schemes of dramas by Sirk and certainly a dozen more movies I’ve never seen. But “Phoenix” rises above influence, transforming itself into melodramatic heaven on its own magnificent flight. With Ronald Zehrfeld, Nina Kunzendorf. 98m. (Ray Pride)