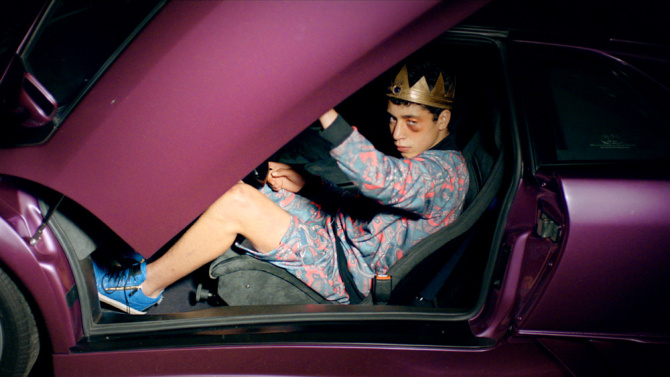 (Prins) Dutch director Sam de Jong’s “Prince” draws largely on non-actors to populate a sometimes-touching, sometimes-goofy tale of Moroccan-Dutch youth one hot summer in the local projects. Seventeen-year-old Ayoub (Ayoub Elasri) is caught up in dilemma after dilemma, from a sister who’s starting to turn eyes to keeping an eye on his homeless Moroccan father. Plus, being a teenage boy among other, prone-to-crime teens. De Jong, whose earlier work, including videos, is filled with stylish goings-on, partakes of minimalism and surrealism at different junctures. There’s prole-positive deadpan humor suggesting an acquaintance with Aki Kaurismäki, and other bursts of mood are Harmony Korine-esque without directly resembling the corrupted-pop bad-boy bard of Nashville’s work. (“Prince” is co-presented by VICE, if that suggests anything.) The dialogue is stylized, part hip-hop, part American Western, and many compositions are studies in landscapes that are cool and resistant to the figures within. With Jorik Scholten, Achraf Meziani, Oussama Addi. Elsie de Brauw. 78m. (Ray Pride)

“Prince” opens at Facets, Friday, August 14. More of Sam de Jong’s projects, including music videos are on his Vimeo page. The trailer below gives a decent taste of the film’s flavor.