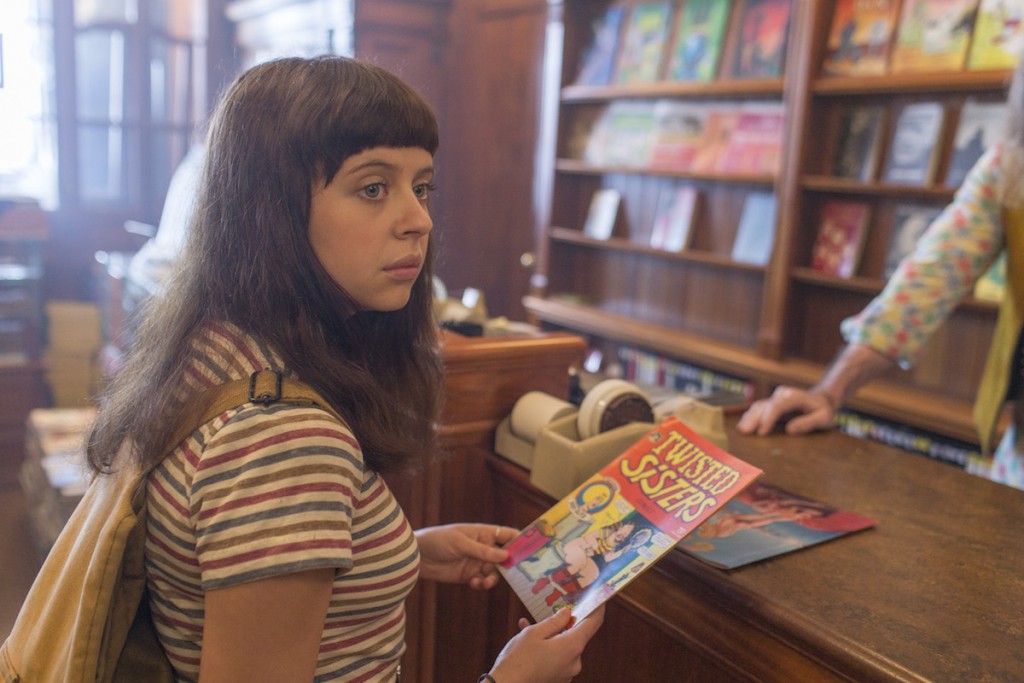 “The Diary of a Teenage Girl,” Marielle Heller’s adaptation of Phoebe Gloeckner’s San Francisco-set coming-of-age graphic novel, is a fantastic gust of teenage bluster, capturing a fifteen-year-old girl’s first sexual experiences with glee, greed, filth, squalor and little, if any, judgment. The confusion that comes with her sexuality is described with a high, and even sometimes stoned, order of comic candor. But eventually Heller and Gloeckner’s great accomplishment is to make a movie that’s about the necessity of finding the measure of self-worth within the pursuit of liberty (and fucking). It’s 1976, the hippies are passing, punk rock is about to arrive, the kidnapping of local heiress Patty Hearst covers the news. Minnie Goetze, played by the wide-eyed Bel Powley, is a gifted artist whose comics-inspired drawings (and fantasies) are kept within the pages of her notebooks until she begins an affair with her mother’s boyfriend. Kristen Wiig plays her confused, confusing mother with modulated notes of abandon and occasional desperation. A mustachioed Alexander Skarsgård plays her beau, Monroe Rutherford, a handsome thirty-five-year-old who has no business setting and sustaining this fire, with Peter Pan-precision. And yet, seen through Minnie’s imagination, the world becomes a more complex (if confounding) place than the dynamic of that triangle would suggest. She learns; she learns better, and she learns well, but the movie is about becoming, not being judged, and not about judging oneself. Like all tightrope walks, “The Diary Of A Teenage Girl” is fearless, and often breathtaking. 101m. (Ray Pride)

“The Diary Of A Teenage Girl” opens August 14 at Landmark Century, Renaissance Place and other theaters. Click for trailer below.