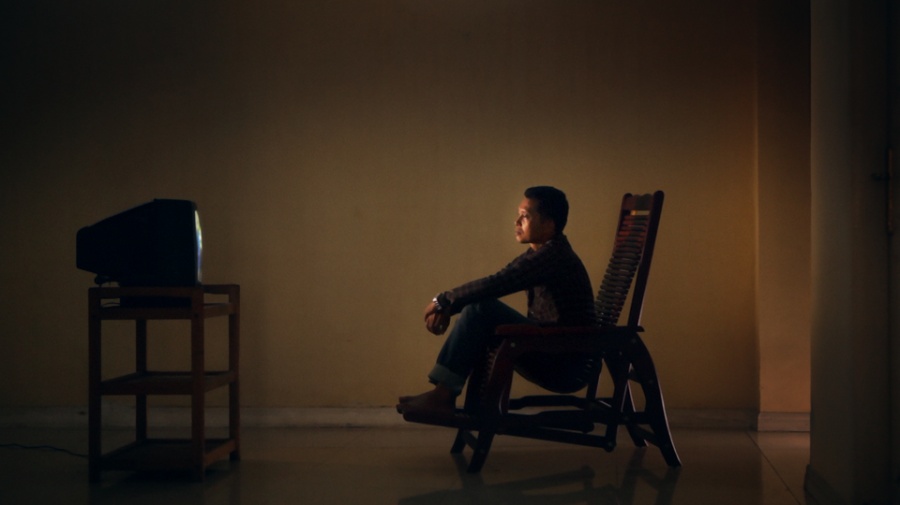 Cool-headed, formally rigorous, shapely and even extremely beautiful, the two documentaries by Joshua Oppenheimer and his sometimes-anonymous collaborators about genocide and its eddying effects on humans and history are unlikely masterpieces. And yet here they are: two bulging versions of performatively provocative “The Act of Killing” (2012) and now the slim, bone-chilling “The Look Of Silence.” While the first documentary on the lasting effects of the 1965 Indonesian genocide was criticized by some for its baroque invention, a parallel film, which could be considered an “answer film” to a movie not yet questioned, was in production, the masterful “The Look of Silence,” a deep, dark, calmer, in ways more disturbing take on the tenuous bonds of civilization and contours of recorded history. “’The Act Of Killing’ explores the consequences for all of us when we build our everyday reality on terror and lies,” Oppenheimer has written, while the tense, often hushed “Look Of Silence” “explores what it is like to be a survivor in such a reality.” There’s universality to the story of man killing man, and Oppenheimer is intent on demonstrating it in his exact, severe examinations. But he also holds the concern that the depiction of terrible acts can leave the viewer blameless, convinced of their own goodness. Oppenheimer turns a friend who was a collaborator on both features into the protagonist of his “poem,” an optometrist named Adi, the youngest son of a family of survivors that discover how the older brother, Ramli, was murdered, and the identities of the killers. Ramli’s death held more weight than the anonymous thousands who were murdered, because there were witnesses. This afforded Oppenheimer a storyline, an oral history that would ground his style. Adi confronts the men, in scenes shot while “The Act Of Killing” was being edited, while the Indonesian strongmen and their thugs only knew that Oppenheimer and his crew had gotten close to the top of the government and military, and not how they would be portrayed in the final film. The device is inspired, and transports from the opening scene. In synopsis, the eye exams as ritual sound like they would be almost too exquisite, even on-the-nose, as a device to express myopia and blindness, but the figurative implications grow and grow over the course of the film. Adi invites the offenders to have their eyes examined, and as these elderly men are confined behind his examination machine, he extends his customary gentility with his patients to the killers, strategically drawing from them details of their crimes against his brother and others. They each eventually realize that he is a survivor of their crimes. Speaking to Oppenheimer for an extensive interview in the Summer 2015 issue of Filmmaker, the forty-year-old native Texan, educated at Harvard, a MacArthur “genius” and now resident of Copenhagen, agreed with me that the two films don’t traffic “accountant’s truth,” the derogatory phrase that his co-executive producer Werner Herzog has often invoked. “They avoid a kind of journalistic or historical account. They provide only enough information as required for the viewer to understand the next scene. The film doesn’t become a primer about Indonesian history. I think the films avoid being about Indonesia as such, by focusing on the perpetrator and the men around him in ‘The Act of Killing,’ and one family in ‘The Look of Silence.’ Instead of becoming smaller, they grow, because they could be your brothers.” 103m. (Ray Pride)

“The Look of Silence” opens at the Music Box, Friday, August 14.