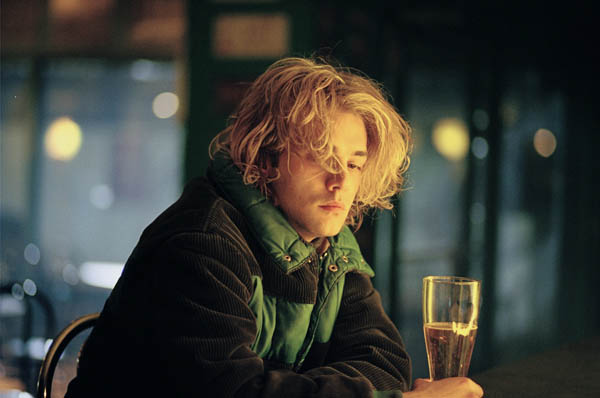 Prolific Québécois still-a-wunderkind Xavier Dolan hasn’t caught many breaks in the States: his first three features, “I Killed My Mother” (2009),  “Heartbeats” (2010) and “Laurence Anyways” (2012), made no inroads. For his 2014 “Mommy,” his Instagram-shaped trailer-park melodrama, the twenty-six-year-old writer-director-actor-costumer shared a jury prize at Cannes with eighty-four-year-old Jean-Luc Godard, for “Adieu au Langage,” then grossed a reported $3.5 million in the States. Still, his Patricia Highsmith-ish “Tom At The Farm,” a disturbing psychosexual thriller, a queer noir brimful with characters with dubious motives and electric moments, arrives in the U.S. only now. For fans of Dolan’s delirium, it’s tremendous. Some viewers might be confounded. Few will be bored. Among other touches, there’s nimble play with screen ratios, and Dolan’s costume design is, as always, bold but more enticing than distracting. As in all of Dolan’s work, the song choices alternate between the swoony and the ultra-obvious, nearly always suiting the scene, however unlikely. Gabriel Yared’s score is delicious hysteria from the first note. The post-ending extended ending, akin to that of “Taxi Driver,” is very genial. With Pierre-Yves Cardinal, Lise Roy, Evelyne Brochu. 105m. (Ray Pride)

“Tom at the Farm” opens at Siskel, Friday, August 14. The trailer is below.