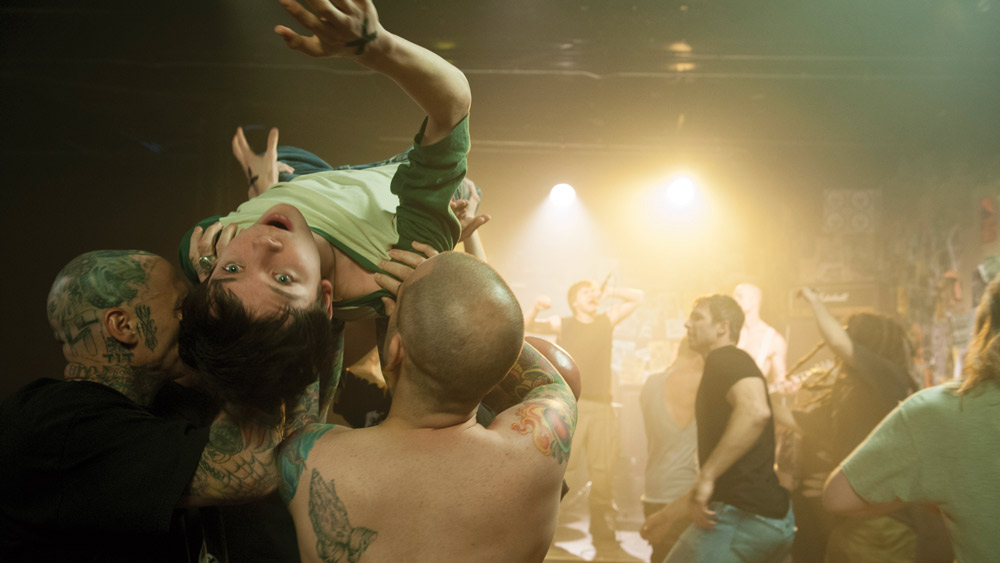 In “Ten Thousand Saints,” adapted by writer-directors Robert Pulcini and Shari Springer Berman (“American Splendor”) from a novel by Eleanor Henderson, Asa Butterfield (“Hugo,” “Ender’s Game”) and Hailee Steinfeld (“True Grit”) are siblings destined to come-of-age in the late 1980s propelled by more-dramatic-than-melodramatic circumstances from the care of their hippie mother (Julianne Nicholson) in Vermont to their pot-dealing father (Ethan Hawke) in New York’s Lower East Side. Performances are stirring all-round in this Sundance 2015 entry, especially the vigorous Butterfield and Steinfeld, who enliven the comic family dysfunction and lighten the teen pregnancy subplot. Pulcini and Berman stir a teeming roster of protagonists, an adoption reveal, punk rock, all anchored by the ready contrast of teen protagonists being kinder and gentler and more innocent than their forebears being key to the storyline. The cinematography by Ben Kutchins (“Sleeping With Other People,” “Holy Rollers”) works more from grime than grim, capturing a battered backdrop for the characters rather than a cartoon battlefield of drugs and crime. With Emily Mortimer, Emile Hirsch. 106m. (Ray Pride)